Bylakuppe: The Tibetan community celebrated the 29th  birthday of the 11th Panchen Lama of Tibet – Gendun Choekyi Nyima, recently. On the occasion, the Students For a Free Tibet (SFT) and the Tashi Lhunpo Monastery, attempted to set a new Guinness World Record for “The most candles lit on a birthday cake” by lighting 1,30,000 candles. This is a number symbolic of the approximate population of Tibetans in exile.

The verification process is going to take a month and then it is expected to be listed in the Guinness Book of World of Records for lighting the most number of candles on a birthday cake.  The current record stands at 72,585 candles, set by Ashrita Furman and members of the Chinmoy Centre in New York, the USA.

Gendun Choekyi Nyima, one of the most important religious figures in Tibet, was just six years old when he, along with his family members, were abducted by Chinese authorities, soon after he was recognised as the 11th Panchen Lama by the Dalai Lama in 1995, making him the youngest political prisoner  in the world. 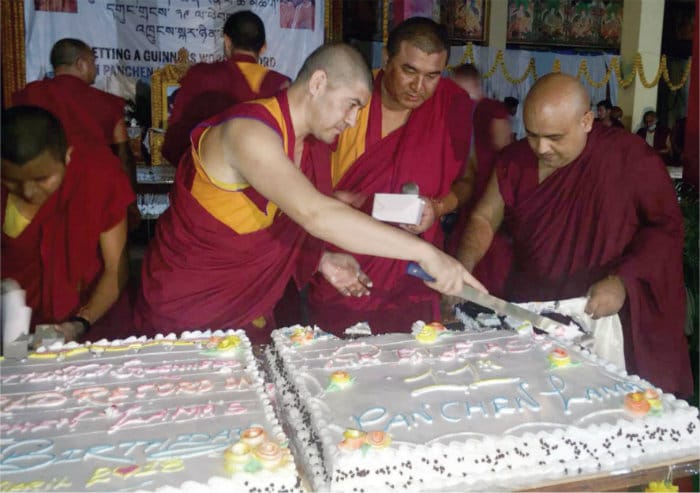 For over two decades, the Chinese authorities have denied requests from governments and the United Nations for access to Gedhun Choekyi Nyima and his family, claiming that he leads a normal life and does not wish to be disturbed.

“Through our attempt to break the Guinness World Record for the most lit candles on a birthday cake, we will bring international attention to the Panchen Lama’s dire situation and expose the oppressive policies through which the Chinese government controls the Tibetan people,” said the Students for  a Free Tibet.