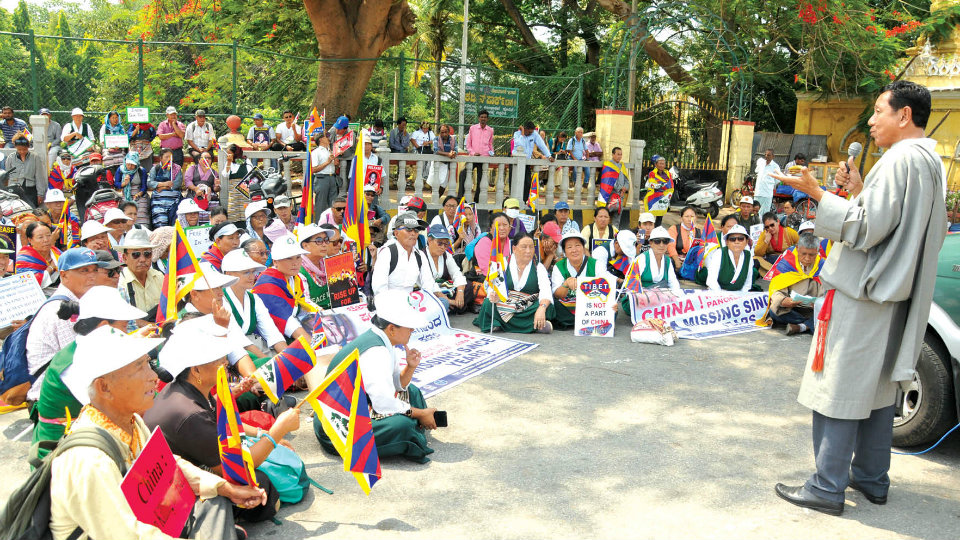 Mysuru: Marking the 24th anniversary of the detention of 11th Panchen Lama, Gendhun Choekyi Nyima by the Chinese authorities, hundreds of members of the Tibetan Youth Congress,  Regional Tibetan Womens Associations (Bylakuppe, Kollegal & Hunsur) and Mysuru Tibetan Students Association took out a rally in the city this morning to press for the release of Lama.

The members who gathered in front of Kote Anjaneya Swamy temple at Palace North gate, prayed for the release of Panchen Lama and set out in a rally to the Deputy Commissioners Office, passing through Big Clock Tower, Gandhi Square, D. Devaraj Urs Road, JLB Road and Vinoba Road. The Tibetan protestors who raised slogans against the Chinese Government submitted a memorandum containing their demands to the Deputy Commissioner.

They urged the Chinese authorities to reveal the truth about Panchen Lama and his family’s whereabouts, immediate release of Lama and other political prisoners and to accept the middle path approach initiated by the Dalai Lama to solve the Tibetan issue.