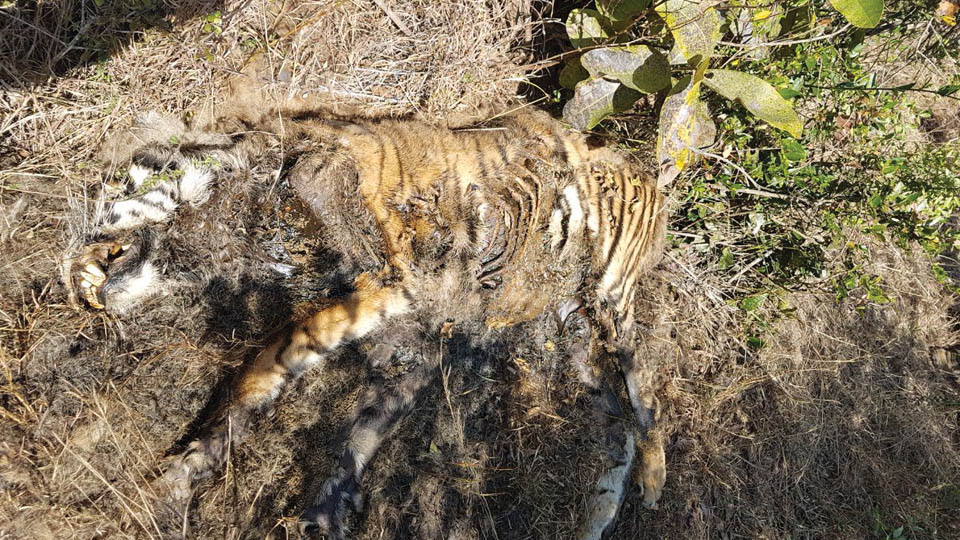 Gundlupet: A carcass of a tiger in a decomposed state has been found in Hongalli Forest area of Maddur Forest Range in Bandipur Reserve Forest yesterday.

The tiger is said to be about six-years-old and is suspected to be dead about two to three days ago as there were wounds on its body.

Forest Department officials have suspected that the tiger may have died in a territorial fight and said that all the teeth and 18 claws were found intact.

It may be recalled that three elephant calves, one elephant and three tigers were found dead in a span of two months at Bandipur Reserve Forest and the carcass of some of these wild animals were found after several days in a highly decomposed state making it difficult to ascertain the exact cause of their deaths even after conducting post-mortem.