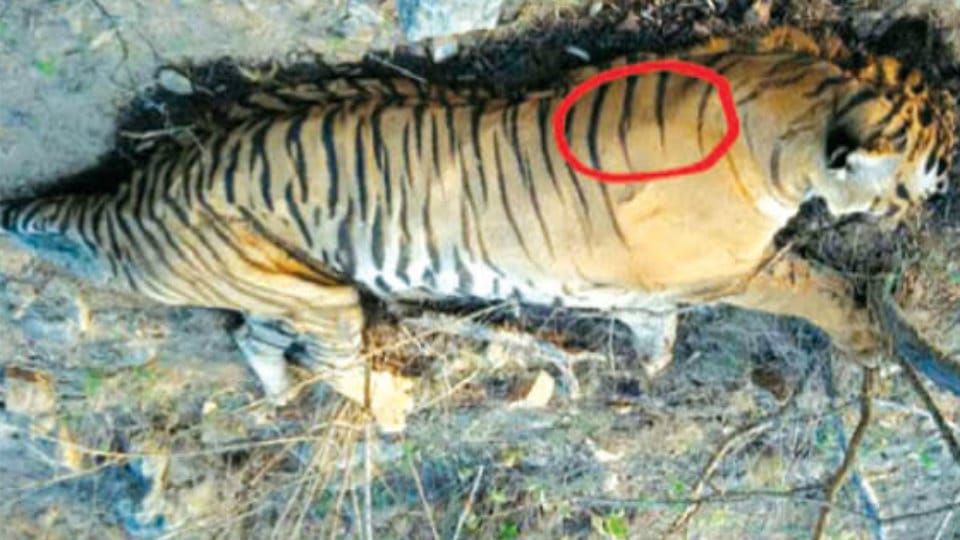 Tiger Prince, the favourite among visitors in Bandipur dead

Prince (14), the tiger in Bandipur forests which had become the favourite tiger among the tourists and visitors, is dead.

It is confirmed that the carcass of a tiger which was found two days ago near Lokkere in Kundakere zone is that of Prince. The death of Prince has brought tears and grief among the Forest staff, visitors and tourists as it was the favourite among all.

Bandipur houses about 130 tigers in it 13 zones covering 1,200 sq. kilometres and Prince has been spotted during safaris since 11 years thus becoming the favourite to all.

Though the lifespan of tigers in the wild is said to be 10 years, Prince lived for 14 years and had established its territory spanning about 45 kilometres. It has killed four tigers till now in territorial fights and had recovered from serious injuries due to the fights.