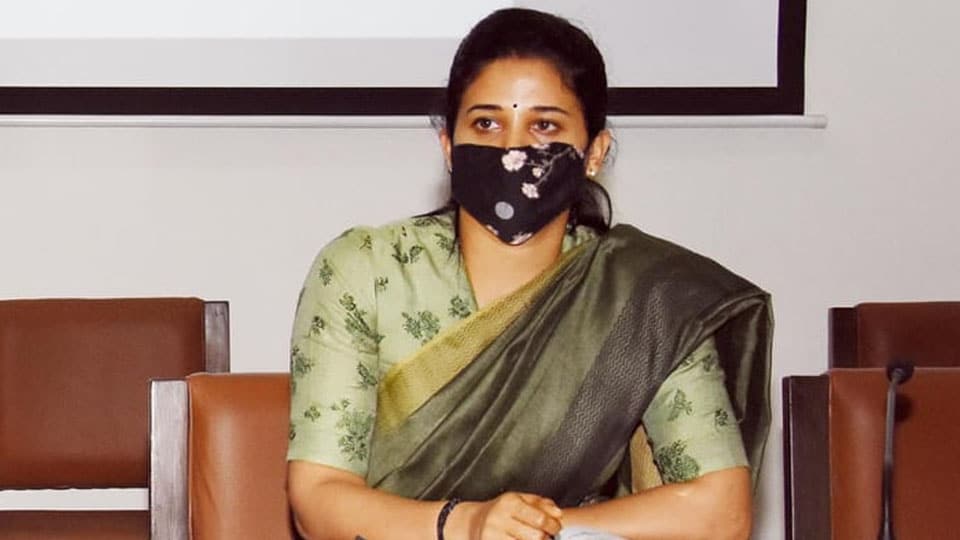 Mysore/Mysuru: Ruling out closure of all tourist places and inter-State borders, Deputy Commissioner (DC) Rohini Sindhuri has said all preventive steps have been taken to keep COVID-19 under check.

Talking to reporters here on Monday, she asked people to take all precautions as per Union Health Ministry guidelines following reports of possible spurt in Corona positive cases in the coming two to three months.

No doubt the District Administration has taken all possible steps but it was also the responsibility of people to strictly follow safety norms like wearing mask, hand hygiene and  social distancing.

Testing has been ramped up in city and district by deploying mobile medical camps in Mysore Palace, Sri Chamarajendra Zoological Gardens and other tourist destination. But, the visiting public was not co-operating with the mobile teams to undergo free testing, she added.

During April-May, COVID-19 situation was very much under control but it went out of control in the subsequent months. However, now the situation has come under control with less number of Corona positive cases and death rates, she added.

Continuing, the DC said that the next two months were very crucial in the wake of reports about the likelihood of explosion in Corona positive cases. The District Administration wanted the citizens to co-operate to fight against pandemic. DC Rohini categorically said there was no shortage of oxygen, oxygenated beds or general beds in the entire district. All hospitals were equipped to deal with Covid patients. Oxygenated beds have been increased even in rural areas. The number of positive cases has come down due to increase in testing and immediate treatment for Corona positive patients, she claimed.

Meanwhile, City Police Commissioner Dr. Chandragupta held a special meeting in the wake of directions from the Union Government to take up a public campaign to check pandemic. The City Top Cop has asked all Police Inspectors to identify places where large crowd gather on festival days well in advance and to prepare Standard Operating Procedures.

The staff must spend at least two hours in crowded places to explain people on the importance of wearing mask and use of hand sanitiser and to join hands with local associations and non-governmental organisations to hold awareness workshop on COVID. Each Police Station must ensure that the awareness message reach at least 1,000 people in their limits. To make this drive attractive, services of local artistes could be used.