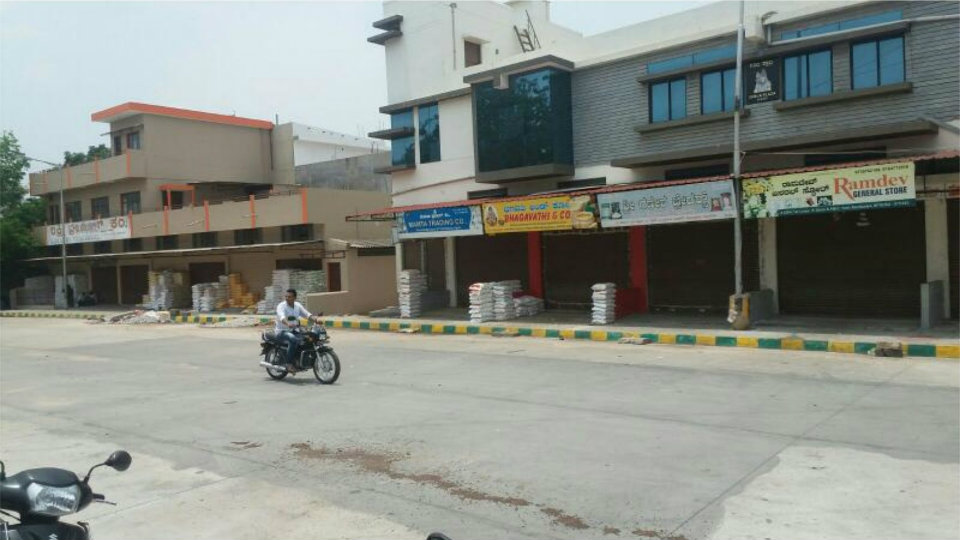 Mysuru/Bengaluru – The stir by lorry owners and drivers, who are protesting from the midnight of Mar. 30, entered Day-8 today.

Today, traders of about 1200 shops in Bandipalya APMC yard and of nearly 300 shops in Old Santhepet in Mysuru, downed the shutters in support of the stir.

The truckers are staging the stir following a call given by the South India Motor Transport Association (SIMTA) to press for their various demands including the rollback of the increased premium for third party insurance, hike in penalty and toll fee among other demands.

As it is more than a week since the truckers commenced the stir, the traders have exhausted their stocks of essential commodities, which may result in panic buying in the near future. It is learnt that the truckers in Mysuru will take out a protest rally from Nanjangud Ring Road near Truck Terminal this afternoon.

Meanwhile, the striking goods transporters in Bengaluru said that they would decide on intensifying the protest after the delegation meets Finance Minister Arun Jaitley in Delhi today.

Federation of Karnataka Lorry Owners’ and Agents’ Associations President G. R. Shanmugappa, on the sidelines of a protest in Freedom Park in Bengaluru yesterday said “Our message to the government and IRDAI officials is clear: roll back the hike if you want to end the strike. If they fail to address our demand, we will intensify the protests.” Shanmugappa warned that failure of talks with Union government would lead to complete shutdown of goods transport from tomorrow (Apr. 8).