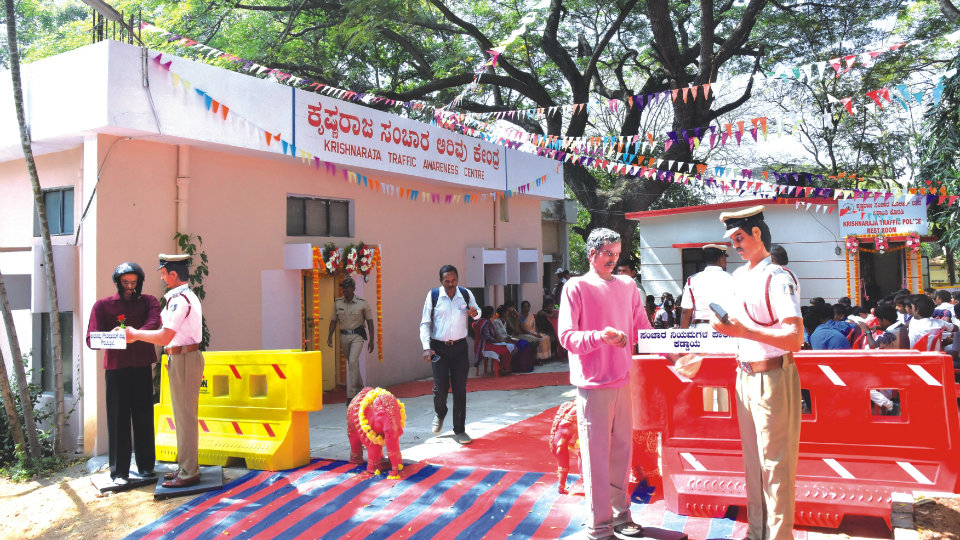 The Traffic Awareness Centre is an informative centre where the public are educated on traffic rules and regulations, various types of traffic offences, traffic signals and sign boards, ‘No Parking’ rules, traffic management and regulation, the dangers of drunken-driving, following lane discipline etc.

The Centre also has a large screen for making power point presentations regarding traffic issues, the functioning of Mobile Command Centre, Traffic Automation Centre at the City Police Commissioner’s office, where traffic violators will be challaned based on video images captured by CCTV cameras installed at various points across the city.

The Centre will be open for public from 10 am to 6 pm on all days, during which the public can learn about Traffic rules and other traffic issues.

The staff rest room, meant for Traffic Police, has all the civic amenities including drinking water, toilets, cots and beds, sofa, chairs and other furniture.