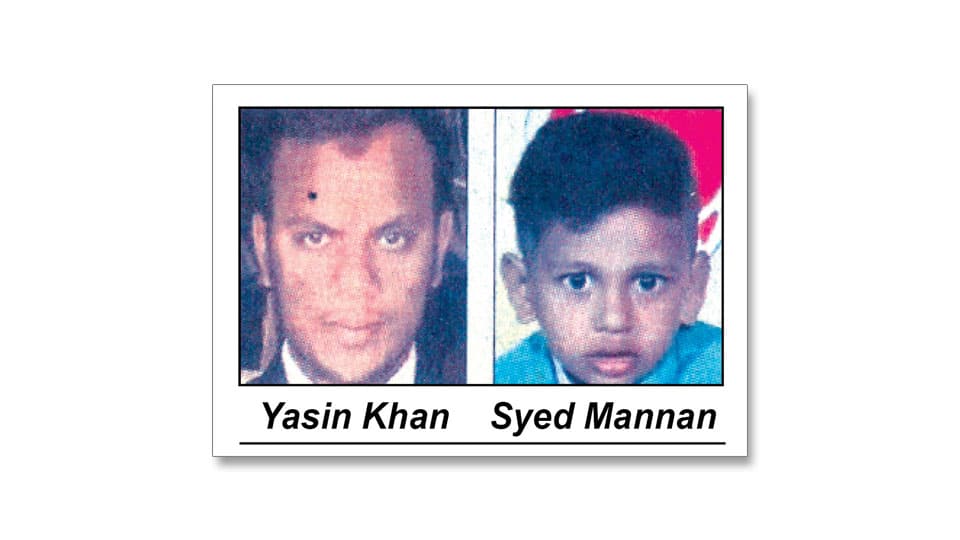 Youth, child washed away at Triveni Sangama in Srirangapatna

Srirangapatna: Tragedy struck a family of 12 members who were on a three-day tour and had come in two vehicles to Triveni Sangama at Ganjam near here yesterday.

While playing in the river water, Yasin Khan (25), son of Ayub Khan and a resident of Doddaballapur and his nephew Syed Mannan (4) were allegedly washed away in the strong currents.

Initially, Syed Mannan slipped and was getting washed away when Yasin Khan jumped into the river to save the child but in vain. Unfortunately, both were washed away as over 25,000 cusecs of water was contributing to the strong current.

In a desperate attempt, Yasin Khan’s brother Mathin Khan, 22, too jumped into the river to save the two but could not.

On hearing the news, Police personnel and Fire Brigade rushed to the spot and pressed expert swimmers to retrieve the bodies. The body of the child was traced after traversing a distance of 5 kms near a private hydel plant. The search is on for the body of Yasin Khan.

It is learnt, Yasin Khan was supposed to get married next month. The family in a celebration mood had come on a tour when the tragedy struck. Ayub Khan was inconsolable on losing his son.