Home » News » Truckers to go on strike from tomorrow 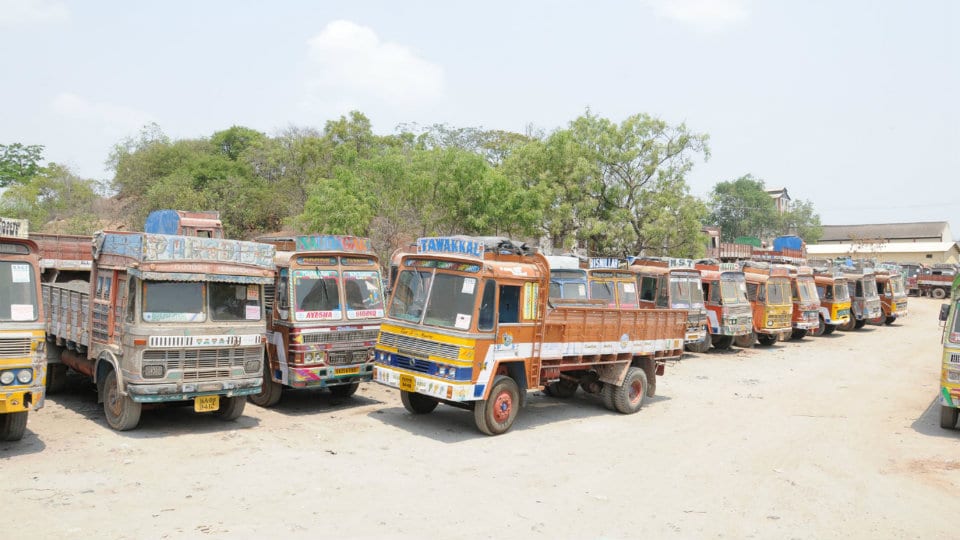 Truckers to go on strike from tomorrow

Mysuru:  The Mysuru unit of Federation of Karnataka State Lorry Owners & Agents Association will extend support to the transporters’ nationwide indefinite strike from tomorrow (July 20), called by the All India Motor Transport Congress, demanding that the Union Government reduce diesel prices, seeking reduction in third party insurance premium and others.

At a meeting held at Alama Choultry in city this morning, G.R. Shanmugappa, President of the Association, said the strike will be total in Mysuru, Mandya, Kodagu and Chamarajanagar.

Meanwhile, the Mysuru District Truckers Association has said that it would not support the strike as it affects thousands of people who depend on truck transport for their livelihood.

The striking truckers are demanding that the Centre reduce prices of diesel, make transparency and reduction in third-party insurance premium through exemption of Goods and Services Tax (GST) on Trans Pacific Partnership (TPP) and abolish excess commission paid to agents through comprehensive policy.

They are appealing to the Government to issue national permits to buses and tourist vehicles. Shanmugappa claimed that several organisations such as Bus Transport Association, Maxi Cab Association and others have extended their support to the protest. The Association has also demanded that the Union Government implement a ‘toll barrier-free India’ to make transportation hassle-free on highways.

In the backdrop of nationwide indefinite strike called by truck owners, the Transport Department has established a State-level Task-Force Committee and District-level Task Force in each district to ensure uninterrupted movement of essential  commodities.