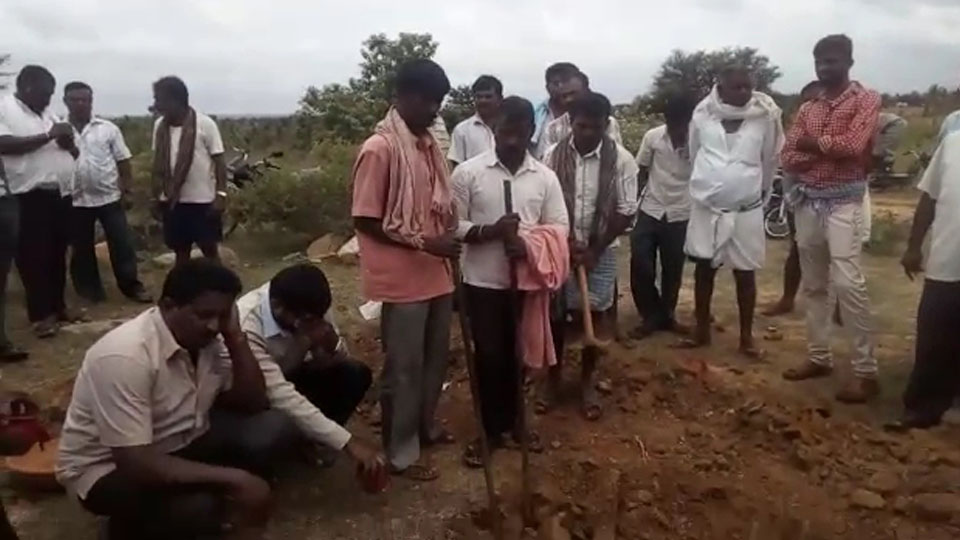 Nagamangala: Four persons, who were allegedly digging the ground thinking that there was treasure inside, were caught hold by the villagers of Kanchanahalli, who reportedly thrashed them before handing them over to Bellur Police.

The arrested have been identified as Chikkegowda, an ex-serviceman and a resident of Kanchanahalli, Babu, Mahesh and Gangahanumaiah, all residents of Bengaluru.

It is learnt that Chikkegowda was told by someone that there was treasure hidden inside his farmland and believing it, Chikkegowda summoned a priest and four others to the village.

The treasure seekers had marked the place to be dug and performed puja to the ground before they began to dig the place. The villagers, suspecting something fishy, caught hold of them and began to thrash them during which the priest managed to escape.

The villagers then brought the four persons to Bellur Police Station and handed over them. It is learnt that the same persons had made similar attempts to dig treasure earlier. Bellur Police, who visited the spot, are investigating.

Nagamangala
Truckers to go on strike from tomorrow
Entry of women to Sabarimala Temple: SC says denial of entry is against Constitutional mandate