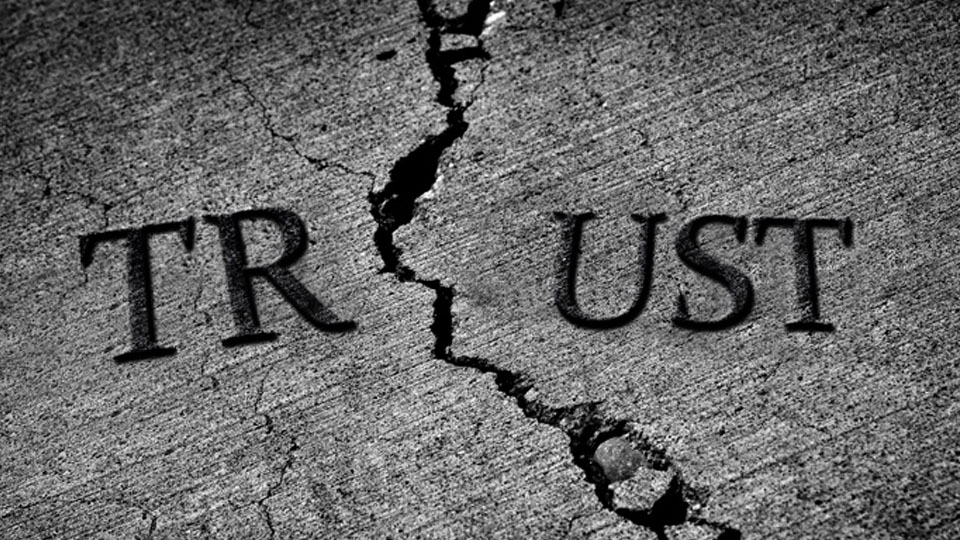 The saying “To be trusted is a greater compliment than to be loved”, attributed to Scottish author George MacDonald (1824-1905), lends meaning to relationships bound by love and trust triggering the question “How can one be loved if one is not trusted first?” The feature of trust, as an enduring bond between two persons, friends or mates, is considered as the glue in relationships. Taking advantage of somebody’s trust can lead to distrust. There will not be any problem trusting somebody unless that problem is anticipated without any doubt. Once broken, it will be hard to regain that trust back, if at all. The feeling of being trusted results in greater delight that endures than being loved. As the Bard wrote about mercy that it blesses both the giver and the receiver, trust that cements relationship between two persons, one seeking help from the other, too blesses both. Authors, writing in a multitude of languages, poets in particular, have poured their choicest expressions on love on a scale that trust seems to have got sidelined, although trust provides the foundation for lasting love. The all-too-betrayal of trust by the land’s elected representatives of people has placed trust as a suspect virtue, even as less said the better of love.

Trust that is not shaken in different circumstances can also beget love that further cements the bond in relationships. The land’s ancient scripts present the value of both trust and love in convincing perspective. Relationships driven by desire for money, compounded by hard-to-satisfy greed seem to be conspicuously proving the undoing of present-day society, barring exceptions.

Relationships between people makes a fascinating study when trust and love impact the bond in different ways, often making them as different as chalk and cheese, particularly when money is involved. The bond between friends and that between life-partners conforms to equal role for love and trust, while money plays the role of a spoilsport in the relationship between creditor who lends money to the debtor. A global research study has inferred that politicians who hold high posts such as a Minister or the advertising agents of industries producing consumer goods are most untrustworthy. Politicians fared particularly bad in the study, based on the rating by urban Indians. Strangely, scientists and teachers figured next in the verdict as untrustworthy.

Saying that the land’s politicians, despite their claims to be honest and serving the country’s people have not won the trust of most people is saying the obvious. In short, trust has got trashed in the land’s public life.