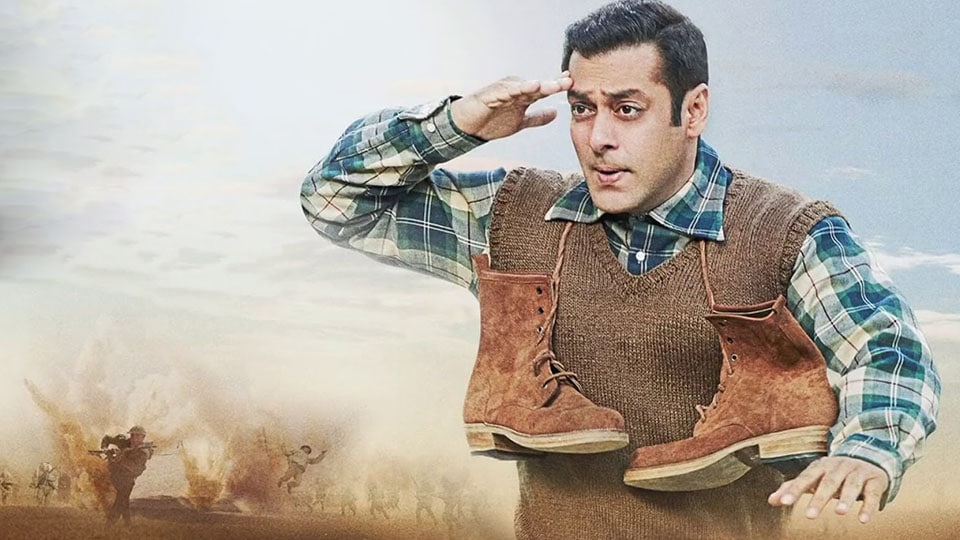 It was a happy Saturday for me. Morning breakfast in a city restaurant with Rotary friends to cut the birthday cake, savour it and say ‘Many happy returns of the day’ to our fellow Rotarian Raghavan. This was followed by a film show sponsored by the birthday boy in the evening. My Saturday was done.

The film was ‘Tubelight’. What a title I thought. But these days film titles are short and sweet or sour or tangy unlike in the earlier days —‘Jhanak Jhanak Payal Baaje,’ ‘Qayamat Se Qayamat Tak,’  ‘Dilwale Dulhania Le Jayenge,’ ‘Kabhi Khushi Kabhie Gham…’ so much so they were tongue-twisters and memory-testers. They would be talked about using acronyms like JJPB, QSQT, DDLJ, K3G. Let it be.

This title ‘Tubelight’ intrigued me because on many occasions when a subtle joke is cut and I was late in laughing, while others were already having a belly laugh, I would be called a tubelight adding to their mirth. Often a tubelight is ‘choked’ leading to many blinks (or winks) before it finally lights-up. In other words, one who is slow in uptake, in grasping lessons or issues is called derisively a tubelight if not an idiot. And such a person often becomes a butt of jokes among his friends and fellowmen.

In the film, such a person is its hero Salman Khan, who plays the role of Laxman Singh Bisht, one of the two brothers. The other brother is Bharat played by his real-life brother Sohail Khan. Mostly, it is a sort of all in the family film. It is an adoption of the 2015 Hollywood film ‘Little Boy.’ Therefore, it is  a tribute to Prime Minister Narendra Modi’s ‘Make in India’ call to the nation. See how quickly this film was made in India — 2015 in America and 2017 in India. Actually it is a case of ‘Remake in India’ Modiji ! After all, Indians are known for mimicking and aping.

The film is rooted in the 1962 India-China war. Living in a place (Kumaon, I guess) at the foot of Himalayas with the Chinese Dragon breathing over the mighty mountains, these two brothers decide to join the  emergency recruitment to the Army, like it was all over India. For obvious reasons Laxman fails. Bharat succeeds. It is an anti-war film revolving around these two brothers with lot of humour and sentiments. Poor Salman Khan sheds bucketful of tears, there seems nothing in his tear-duct for his next film! Anyway all is well that ends well, the brothers live happily thereafter.

However, as for me the film revived memories of the 1962 Chinese war and brought back memories when my younger brother [Lt. Col. (retd.) K.B. Uthappa who died recently] joined the Emergency Commission at Bangalore giving up his second year study in MA Philosophy at the Maharaja’s College, Mysore. After the preliminary selection, he chose Army. But I chose Navy and failed in the final selection at Cochin. See where I am, a pen-pusher.

My brother’s days of destiny began in 1971 when India began to hear the drums of war in Pakistan. The West-Pakistan rose-in-arms against Pakistan for denying Prime Ministership to Mujibur Rahman  of the West-Pakistan (East Bengal) despite his party winning the majority in the Parliamentary election…India was unwittingly pushed into the war in support of West-Pakistan (now Bangladesh). No one had declared war officially but India was sending its men from armed forces into Bangladesh as ‘Mukti Bahini’ in civilian dress — lungi and shirt but armed. In the heat of the war my brother, then a Major, was on a cross-country march with his men. He had narrated one incident that was axiomatic of the saying that ‘everything is fair in love and war.’

About a dozen of Indian soldiers led by him had entered a small village and the folks there either surrendered or fled. One small shop-keeper, standing inside the kiosk, did not come out nor did he raise his hands in surrender. My brother was shouting orders at him to surrender but by then the Subedar Saab with him had discharged a fusillade of bullets on the man — the enemy. The, perceived, enemy’s body was riddled with bullets and in smithereens. The clothes of  my brother and his men were splattered with pieces of flesh, bones and blood… and they marched on to Dhaka to witness the victory of India and the surrendering of Pakistan.

I was in Pune then and a frequent visitor to National Defence Academy (NDA) Khadakwasla — where I had my friend. I was with my friends when a Coorg Junior Officer mentioned my brother’s name among the killed. I simply broke into a scream and began crying crazily with awkward body movement that my friends had problem controlling me. Days passed and a letter came to my NDA friend from my brother asking him to get stitched a set of uniforms and send it post- haste. It was done. And after a couple of months, he came to Pune and we had a raving party to celebrate the survival of a bloody, dirty war.

Be that as it may,  I enjoyed the film ‘Tubelight.’ After all, any art, theatre or film, must exaggerate to keep the attention of the audience. So I pardon Salman Khan for his torrential tears and acting a role of an youngster for his age which is past his youth by many years. Indeed, he is a master entertainer.