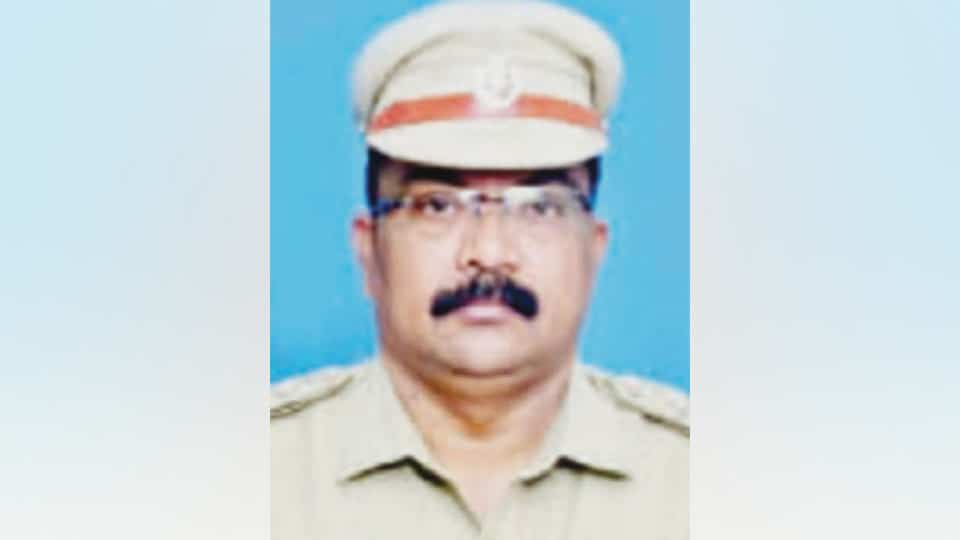 Chamarajanagar: Dy.SP J. Mohan of Chamarajanagar Sub-Division has been kept under suspension pending disciplinary action for having unholy nexus with sand mafia.

Dy.SP Mohan was transferred to the IGP (Southern Range) Office in Mysuru on Wednesday and the suspension order was issued to him before he was relieved from the present posting.

Details: On May 15 night, a paddy laden truck had rammed into a tipper which was transporting sand illegally between Masagapura and Madapura near Chamarajanagar.

The accident had resulted in the death of tipper cleaner Naveen (28) of Doddamoole village and a case was registered at Chamarajanagar Traffic Police Station.

But the complaint had stated that the tipper had broken down and was parked on the roadside during which cleaner was standing behind the tipper when the paddy laden truck rammed into him resulting in his death.

But a few villagers had produced relevant video footages of the accident to IGP (Southern Range) Vipul Kumar and had also lodged a complaint besides urging the IGP to look into the reality.

What really happened: Deceased Naveen, who was mentioned as the tipper cleaner, was actually the driver, who was transporting sand illegally in the tipper, when Circle Inspector Manju stopped the tipper.

Fearing Police action, Naveen is said to have jumped from the tipper and began to flee when the paddy laden truck rammed into him killing him on the spot.

Circle Inspector Manju then summoned Sub-Inspector Sunil and Head Constable Naganayak and shifted the sand elsewhere and got the tipper filled with M-Sand and parked the tipper at the spot of the accident in a bid to hush up the matter by misleading the case.

Later, a complaint was lodged mentioning deceased driver Naveen as the cleaner of the tipper and the tipper was driven by the tipper owner.

But the whole procedure was captured on a mobile phone and the same video was given to IGP Vipul Kumar when the complaint was lodged with him, it is learnt.

The IGP then instructed the then Chamarajanagar SP H.D. Anand Kumar to conduct an investigation and submit a report. Based on the SP’s report, Circle Inspector Manju, Sub-Inspector Sunil and Head Constable Naganayak were suspended on June 12.

After the investigations continued again and report submitted, Dy.SP G. Mohan was allegedly found involved in the sand mafia racket following which he (G. Mohan) was suspended by                              the Government.

Meanwhile, Priyadarshini, a Probationary Officer at Mysuru Lokayukta, has been appointed as the new Dy.SP of Chamarajanagar Sub-Division.