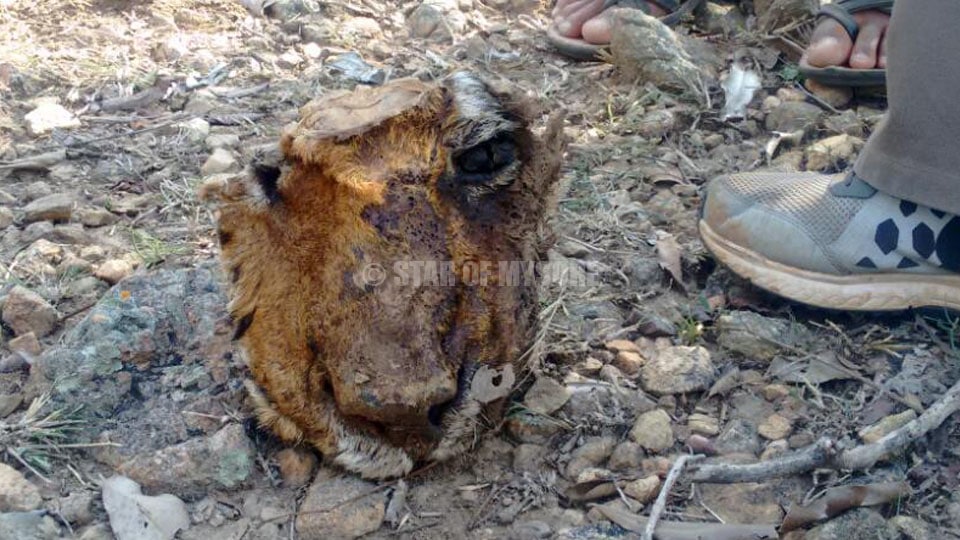 Mysuru: Finally, the Forest sleuths have solved the mystery behind the chopping off Prince’s snout.

Prince was found dead with chopped off snout and missing canines on Apr. 2 at Kundkere Range in Bandipur.

The Forest sleuths, based on a tip-off, arrested Soma, 35 and Bomma, 45, both residents of Cheluvarayanapura, a village adjoining Bandipur Forest Area.

According to Department sources, both Soma and Bomma grazed their cows at Kundkere Forest Range and on Mar. 31, they found the carcass.

Later, the duo cut its snout and took away four of its canines and the lower bones to make some quick money.

The Forest sleuths, who conducted the raids yesterday, recovered the two canines from the accused.

Later, the duo was produced before a Court and was remanded to judicial custody.