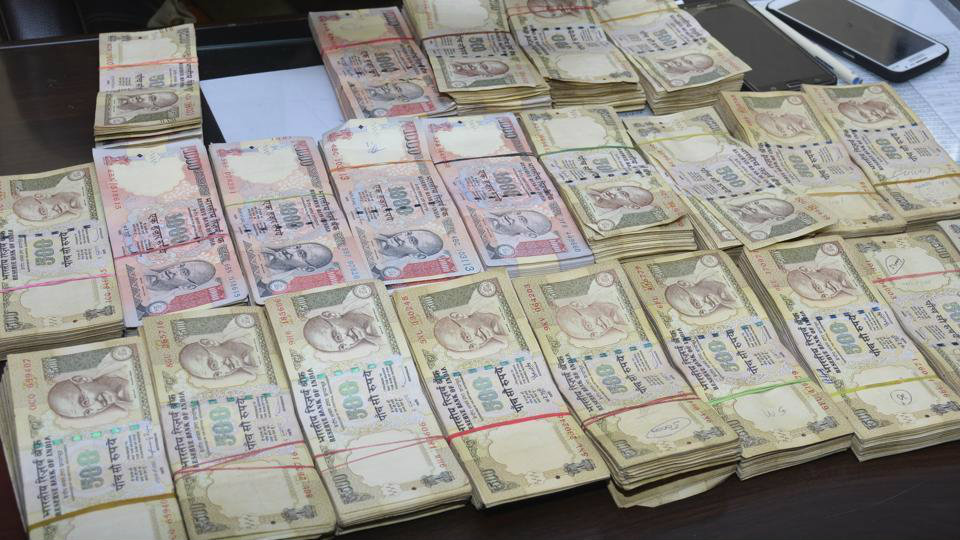 Mysuru: The City Crime Branch (CCB) Police, who have traced black and white money conversion racket in city, have arrested six persons including four persons from Tamil Nadu and have seized demonetised currencies worth Rs. 12 lakh from them.

The arrested persons have been identified as Abdul Latif, a native of Madikeri but presently residing in Dattagalli here, Dinesh, also from Dattagalli, Adishesha and three others from Tamil Nadu.

These persons had taken a room on rent in a lodge coming under Nazarbad Police limits and were indulged in the racket. It is learnt that, the arrested persons were involved in the racket since 15 days in city and used to stay in various hotels here and used to convert demonetised currencies into new ones by taking 20 to 40 percent as commission.

CCB Inspector Prasanna Kumar, who received information that the conversion racket was going on at a hotel coming under Nazarbad Police limits, raided the hotel with the help of Nazarbad Police yesterday afternoon.

It is learnt that before the Police conducted the raid, the persons in the hotel had converted Rs. 12 lakh demonetised currencies and had given the clients new currencies, who had left the spot.

The Cops have seized Rs. 12 lakh old currencies from the accused. A case has been registered at Nazarbad Police Station in this regard.

Only a thorough investigation will bring to light who is the kingpin behind the racket, who used to take the demonetised currencies and supply these persons with new currencies.