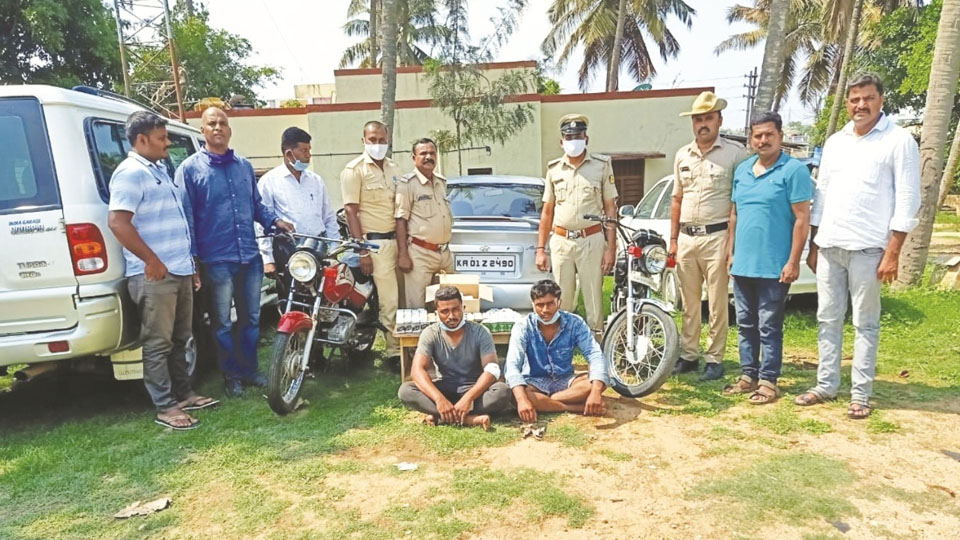 Mysore/Mysuru: Yelwal Police have arrested two persons on charges of illegal sale of liquor at Huyilalu village in Yelwal hobli and have seized a car and two- bikes from them.

The arrested are Shivakumar and Mahesh of Belawadi village. Another accused identified as Sagar of Hootagalli fled from the spot when the Police raided the place.

The accused had illegally stocked liquor packs in the car and were selling it near Pattaladamma Temple near Huyilalu village, when the Police raided the spot.

Sub-Inspector Yogananjappa and staff Ningarajegowda, Kumar and Mahadevaswamy took part in the nabbing and seizing operation. A case has been registered at Yelwal Police Station.