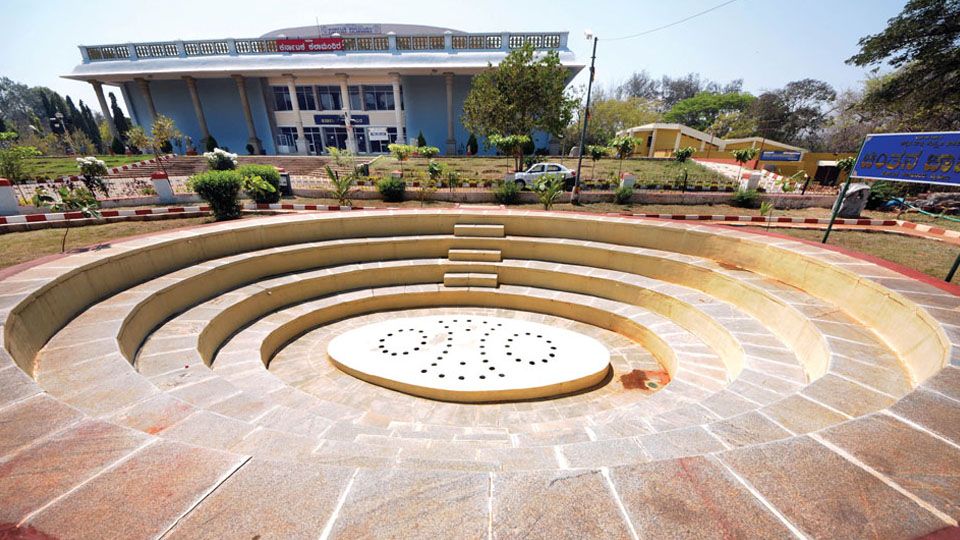 Mysuru: The first edition of ‘S.L. Bhyrappa Sahityotsava-2019’ will be inaugurated at Kalamandira here tomorrow.

Prof. Pradhan Gurudatta, author and linguist, will release the book, Chinthana-Manthana, a book on compilation of interviews with Dr. Bhyrappa on his works, philosophy, nationalism and nuances of literature.

Apart from Shefali Vaidya’s interview with Dr. Bhyrappa, his documentary will be screened.

An interaction with Dr. Bhyrappa will be held at 12.15 pm.

Speaking to Star of Mysore, Dr. G. L. Shekar, Hon. Secretary of the Pratishtana, said that though the number of delegates for the Sahityotsava was initially restricted to 500 members, there was an overwhelming response by the admirers of Dr. Bhyrappa’s works. About 800 persons have registered for this unique literary meet from different parts of the State. There are some participants from Maharashtra and Andhra Pradesh as well.

READ ALSO  Nehru was a votary of Communism: Dr. Bhyrappa

Further, Dr. Shekar said that interestingly youngsters, most of them from software companies from Bengaluru and Mysuru, and professionals including medical doctors and lawyers are also attending the two-day meet.

S.L. Bhyrappa Sahitya Abhimanigala Koota, a Facebook initiative of Shashank Parashar and Anuradha, both literary activists, has over 20,000 members spread all world.