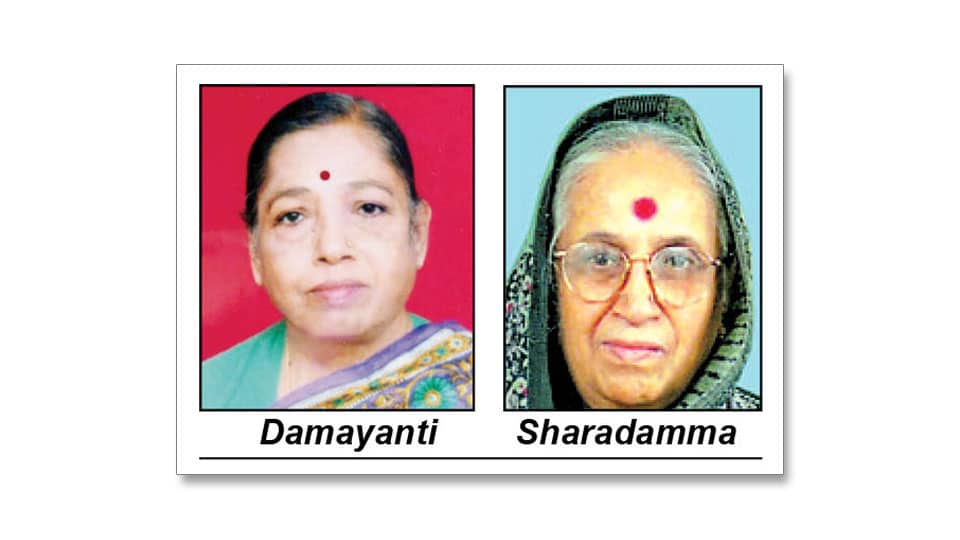 Srirangapatna/ Ramdurg: Two former women MLAs, who were the first Legislators from their respective district, passed away yesterday.

Damayanti Boregowda (92), former Srirangapatna MLA and the first woman MLA of Mandya district, passed away at her residence in Srirangapatna due to age-related illness.

She leaves behind her son Dr. Ramu, daughters Dr. Vidyamani Devegowda and Kalpana Ramalingegowda and a host of relatives and friends. Her husband Boregowda, an advocate of Bommur Agrahara, had predeceased her. Her last rites were performed at Srirangapatna this morning, according to sources.

Damayanti Boregowda was first elected from Srirangapatna Constituency in 1972 and later in 1989 on a Congress ticket.

She had also unsuccessfully contested from Pandavapura in 1957. Damayanti was the Founder-President of Lokapavani Mahila Bank and Ranganayaki Stree Samaja. She had also served as the President of Bharatiya Mahila Sangha for over 25 years and was instrumental in the implementation of Karighatta Lift Irrigation Scheme in 1973 while she served as MLA.

She was conferred ‘Kittur Rani Chennamma Award’ by the State Government in 2001 in recognition of her services.

She was a close associate of Indira Gandhi and D. Devaraj Urs. A felicitation volume titled ‘Badukina Hejjegalu’ was dedicated to her in 2007.

Sharadamma Mahadevappa Pattan (97), former MLA of Ramdurg Constituency in Belagavi, passed away yesterday at KLE Hospital in Belagavi following illness. She was the first woman Legislator of Belagavi, having won from Ramdurg is 1967.

She leaves behind three sons, including former MLA and senior Congress leader Ashok Pattan, two daughters and a host of relatives and friends. Her last rites were performed at Doddamangadi village in Ramdurg taluk this afternoon, according to sources.