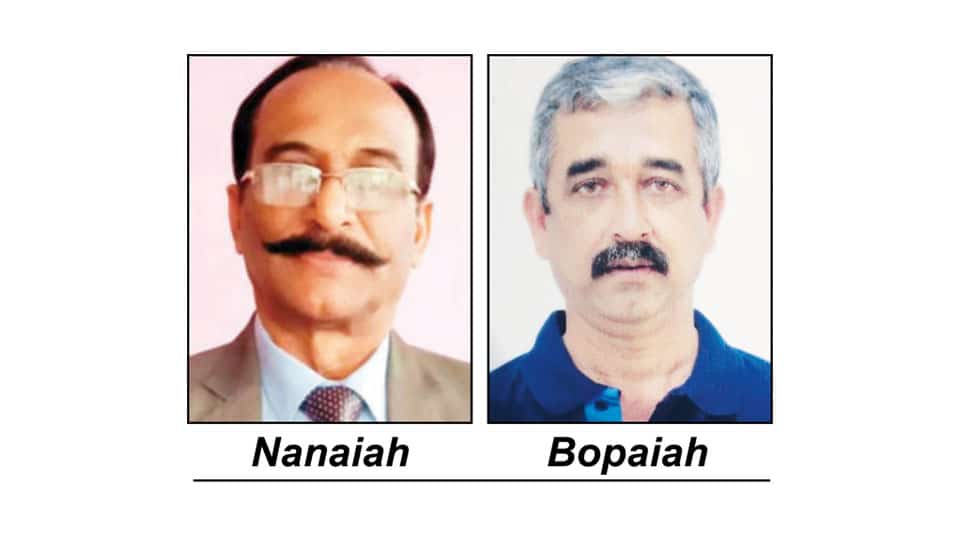 Madikeri: The Kodava Samajas of Ponnampet and Virajpet have banned cake cutting and champagne sharing by newly-wed couples of the Kodava community during weddings at community marriage halls.

The related resolutions of the Virajpet Kodava Samaja were unanimously passed during its 99th general body meeting on Sunday that was attended by 15 directors and 357 members.

Apart from banning cake cutting and champagne sharing after the groom opens the bottle as a celebratory gesture, the Samajas have decided to strictly adhere to Kodava customs and rituals. For example, the trend of grooms sporting a beard during weddings has been banned.

According to Kodava custom, a beard is sported only when someone dies in the family and growing a beard is part of the ‘pinda pradhana’ ritual after a close family member passes away. Also, women have been told not to enter the auspicious Muhurtha area with their hair let loose as according to customs, hair is let loose only during funerals and funeral-related ceremonies.

Other decisions include, no bursting of firecrackers during Ganga Puja, no showering of flower petals during ceremonies, no playing of ‘Devaata’ tune by drummers (volaga troupe) during weddings as the tune is limited to only temples. If Kodava girls marry boys from other communities, the latter should not be allowed to wear Kodava dress and the bride’s mother should not put the traditional ‘Pathak’ ornament on the bride.

Reacting on the issue, Chottekmada Rajiv Bopaiah said “Kodavas have their own distinct culture. We can survive only if our culture survives. Cutting cakes and sharing champagne by new couples during marriage ceremonies is not our culture. The decision has been taken in this regard in our annual meeting.”

“Ever since the decision was taken, I have been flooded with congratulatory phone calls and messages. We have to pass on our culture to the next generation. Champagne celebration won’t serve the purpose, rather it will misguide the younger generations,” he said.

Also, sporting a beard is against the tradition of Kodavas. There is a ritual in which the beard will be taken off. Likewise, the women can’t come on stage with their hair let loose, which is against our tradition. The meeting has discussed the issue and we are planning to implement it in the coming days,” he added.

When asked how the younger generations of the Kodava community reacted to the ban, Rajiv said they are supporting the move and many organisations have also come forward to create awareness on the matter. “The problem seems to be with people who are in their 50s. They encourage cake cutting and champagne sharing during marriages,” he added.