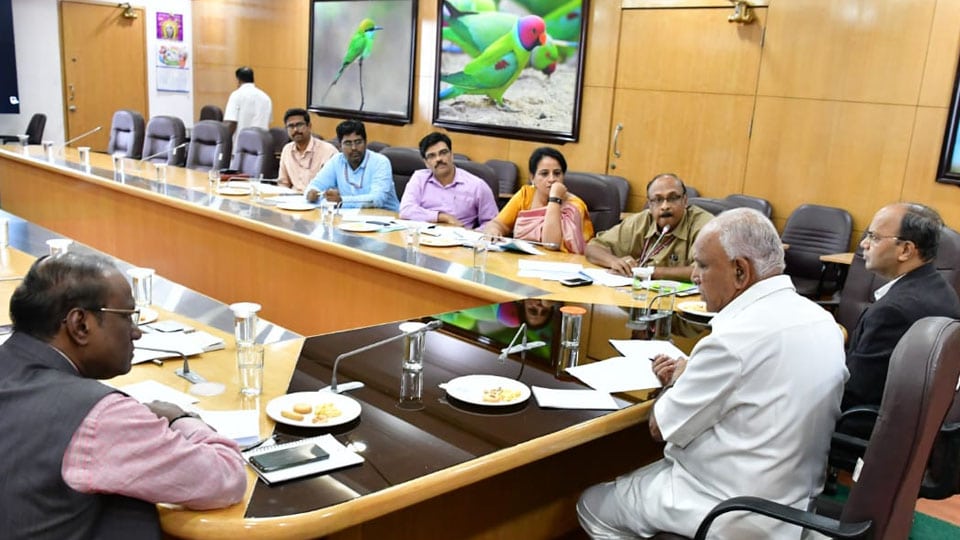 Two lakh houses to be built in State: CM

Bengaluru: Chief Minister B.S. Yediyurappa has said that two lakh houses will be built in the State, to make Prime Minister Narendra Modi’s dream of ‘Housing for all,’ a reality.

Speaking to press persons after holding a meeting of officials from various Departments at Vidhana Soudha here on Thursday, Yediyurappa said that the Union Government has set an objective of providing houses to all by 2022, for which the State Government has identified 1,000 acres.

Pointing out that works as the construction of more than 14 multi-storeyed residential complexes under the Chief Minister’s Housing Scheme has been expedited, Yediyurappa said that Karnataka will follow the Gujarat model in building houses for the poor.

Stating that he has directed the officials to set right the lacunae in farm loan waiver scheme, the CM stressed on the need for Co-operative Banks to augment revenues through various means.