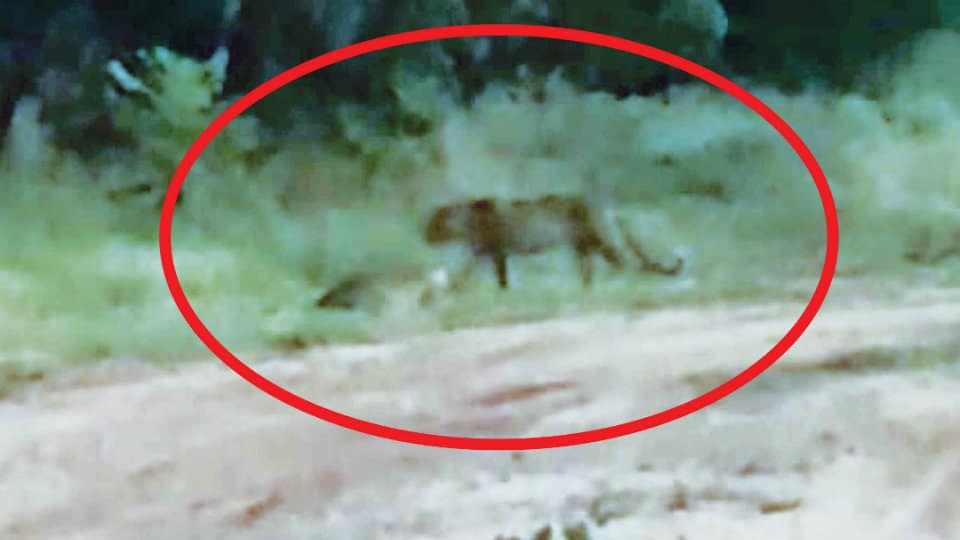 Mysuru: Two leopards are roaming around the sprawling BEML Factory premises and layout in city since the past three days, creating panic among residents.

Visuals of the two adult felines have been captured in CCTV cameras installed around the BEML campus at Koorgalli. Also, a few security men have filmed the two leopards.

The BEML campus has thick green surroundings and adjoins areas like Koorgalli, Belavadi and Kergalli that are dominated by green growth, making it an ideal place for leopards to take refuge and hunt dogs. This morning, BEML authorities have informed the Forest Department about the sightings.

Following this, Deputy Conservator of Forests (Wildlife) Alexander and DCF Dr. K.C. Prashanth Kumar have asked RFO Devaraj to place a cage with a bait to trap the felines. Department sources told Star of Mysore that the cages will be placed this evening.

Meanwhile, experts say that large scale unscientific dumping of animal waste on the outskirts of the city was attracting stray dogs.

Leopards come in search of dogs, its favourite meal, and sometimes enter localities close to the forest area.