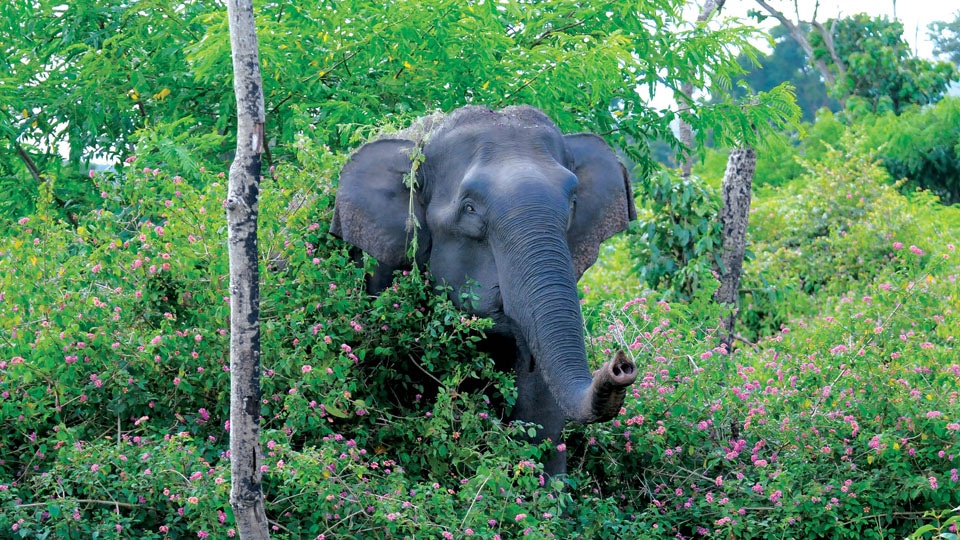 Bengaluru:  With the Karnataka Government putting its foot down and stating that it will not lift the ban on night traffic in the core tiger habitat of Bandipur National Park, a high-level delegation from Kerala is likely to call upon Karnataka Chief Minister B.S. Yediyurappa to discuss the issue.

An all-party delegation will meet Union Ministers too in this regard and Kerala Transport Minister A.K. Saseendran also directed Principal Secretaries of the Kerala Forest and Public Works Departments to prepare an affidavit to be submitted at the Supreme Court on the matter.

Kerala has been demanding Karnataka to not fully shut down NH-766, which passes through Bandipur Tiger Reserve connecting Wayanad and Mysuru. Kerala has asked for allowing a limited number of transport bus services to both sides during the night.

The Kerala Government had been insisting that the existing night traffic ban be bypassed on a 25-km stretch of National Highway 766 by cutting through a core part of the forest with an elevated corridor. The Supreme Court had also upheld this night traffic ban. Currently, only a limited number of Government-run buses and emergency vehicles are allowed to operate during the restricted period of 9 pm to 6 am on the stretch.

Further, Kerala has also opposed developing an alternative route through NH-275 and SH-90 (via Kutta – Gonikoppa) citing that it would also require massive deforestation and land acquisition. Meanwhile, there were allegations that a strong lobby from Kerala was pushing for the alternative route as it would provide better connectivity to the one-year-old Kannur International Airport.

“A lobby of politicians and businessmen of Kannur district is said to be lobbying for the alternative route as it will improve connectivity to places like Kodagu and Mysuru from Kannur,” said a leader of an action council fighting against traffic restrictions along NH-766.

Earlier in March 2018, the National Tiger Conservation Authority had advised the Centre against moving ahead with the project as it could have adverse effects on the forest habitat, where over a hundred tigers currently reside.

The existing traffic ban on traffic flow after dark came into effect in 2009 while the Karnataka High Court was hearing a case pertaining to road kill. At least 215 animals were killed by oncoming traffic between 2004 and 2007.