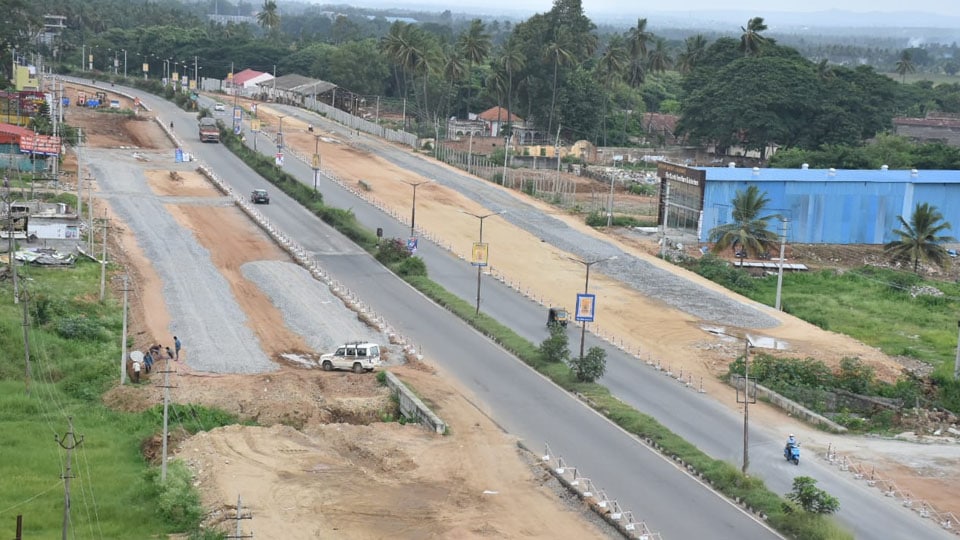 Mysore/Mysuru: Mysuru-Kodagu MP Pratap Simha said that work on the ambitious Mysuru-Bengaluru 10-way lane (including service roads) being taken up at a cost of Rs. 2,550 crore is expected to be completed in two years.

Speaking to media persons yesterday, the MP said that this National Highway project would provide better connectivity between two cities and help in the growth in all spheres. Continuing, he said that Prime Minister Narendra Modi during the 2019 Lok Sabha election rally had said that Mysuru was on par with Paris and has power to attract tourists. If tourists need to come, the connectivity has to be improved. Since then, eight new trains were introduced and Mysuru Airport became fully functional, he added.

“When I became the MP, the Mysuru Airport was defunct. Now, flights are operated to eight States. Though, the operation of flight was temporarily suspended due to Covid-19, it resumed subsequently to Chennai, Hyderabad and Bengaluru. Now, there is air connectivity to Cochin, Hyderabad, Chennai, Kalaburagi, Bengaluru, Belagavi and Goa”, Simha said.

The MP said the Union Government is yet to release funds to take up the extension of runway at Mysuru Airport and the State Government has not started the land acquisition process. Chief Minister B.S. Yediyurappa has agreed to release Rs. 170 crore and 114 acres of land for this project, he said and added that once the funds are  released, the same will be used on land acquisition and on the construction of underpass.

He said that the four lane National Highway project up to Guddehosur in Kushalnagar has been sanctioned by the Centre and added that projects worth Rs. 3120 crore has been announced. He said that Rs. 140 crore was brought from the Centre for upgrading the existing Ring Road and added that  the works will begin soon.