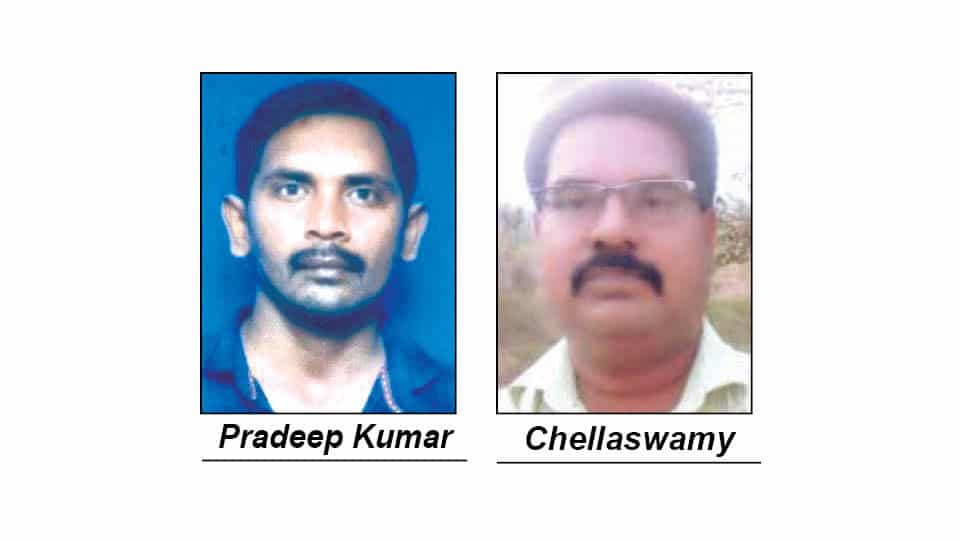 In the first case, a 34-year-old man, who left his mother’s house at Mahadevapura in city on May 27 at about 7 am, saying that he was going to Bengaluru, has since  gone missing.

The missing man is Pradeep Kumar, a cab driver, residing at Laggere in Bengaluru. He had come to his mother’s house about six months back. He is 5.6 ft. tall, normal built, oval faced, dark complexioned, has a scar above his left eye, speaks Kannada and was wearing a white and black shirt and blue jeans pant at the time of going missing. Those having any information about the missing person may contact Vidyaranyapuram Police Station on Ph: 0821-2418122/322/522 or call Police Control Room on Ph:  0821-2418339.

In the second case, a 42-year-old vegetable merchant, who left his house on June 25 at about 7.30 pm, saying he was going out to fetch food from a hotel, has since gone missing.

The missing man is Ratnavel Chellaswamy alias Vijayan, who was residing at a rented house at Hosahundi village in the taluk.

Those having any information about Ratnavel may contact Mysuru South Police Station on Ph: 0821-2444955 or call the District Police Control Room on Ph: 0821-2444800, according to a press release.