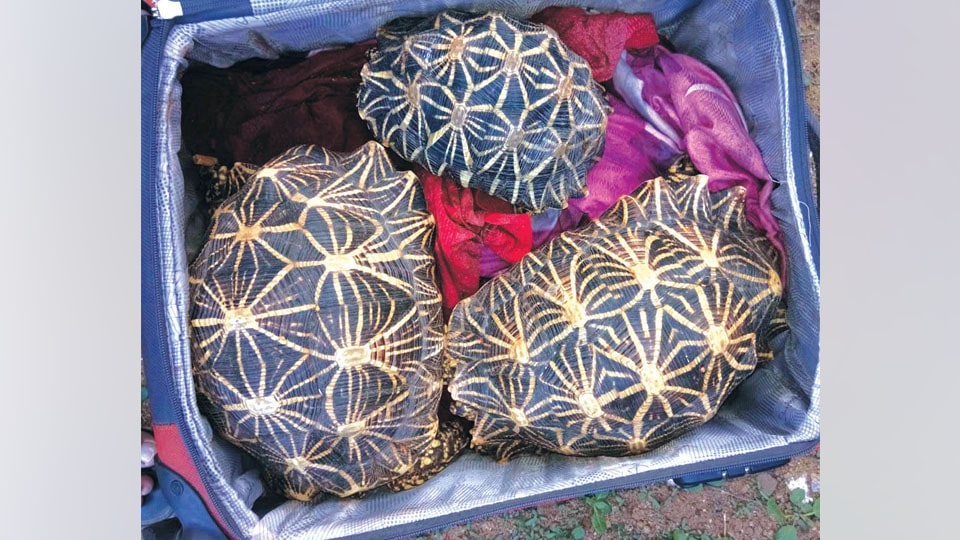 Hunsur:  Hunsur Police, on Sept. 18, have arrested two persons on charges of transporting Star Tortoises illegally in their car. The Cops who have seized the car have recovered the tortoises kept in a bag.

On Sept. 18 at about 1 pm, Hunsur Circle Inspector K.C. Poovaiah and staff were conducting checking of documents of vehicles on Hunsur-Virajpet main road near Kalla Betta junction in the taluk, when they noticed a red coloured car (KL-59-Q-6147) coming from Virajpet side.

On seeing the Police, the driver of the car took a U turn which gave rise to doubts to the Police, who chased the car and stopped it. When the Cops asked for the documents of the car, Nazir and Riyaz of Kerala, who were in the car failed to produce the same and were unable to give a convincing statement. 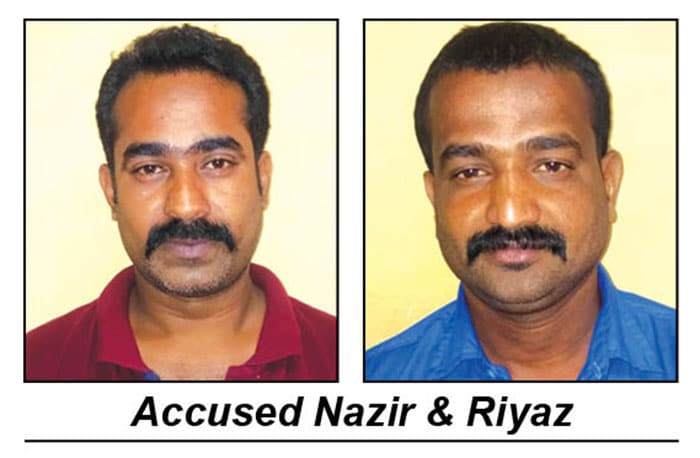 On inspecting the car, Inspector Poovaiah found a bag with Star Tortoises in it. On enquiry, the Cops came to know that the duo were taking the tortoises to sell for higher price.

The Police, then arrested the two, seized the car and recovered the tortoises. A case was registered and the accused were produced before the Court.