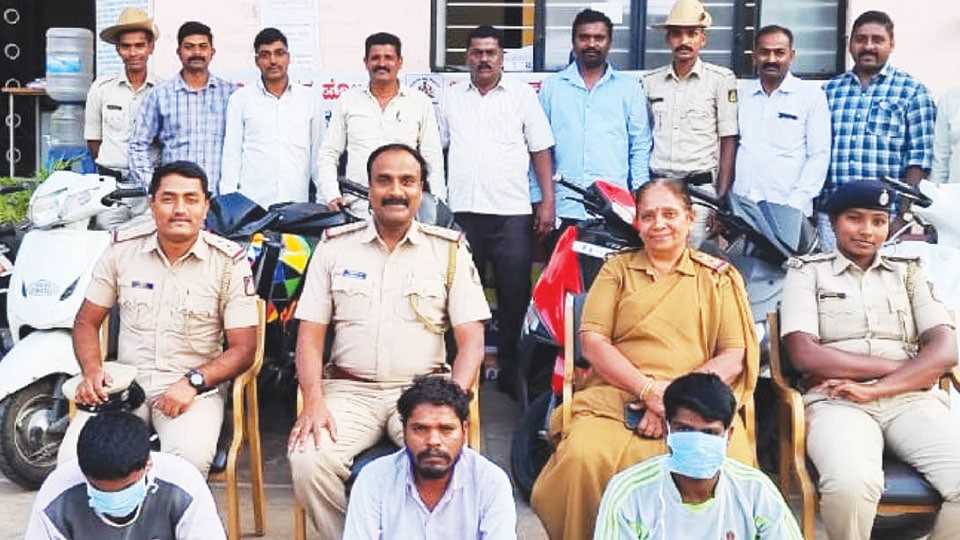 Mysore/Mysuru: Vijayanagar Police have solved 11 two-wheeler lifting cases in city by arrested three thieves and recovering 11 two-wheelers worth Rs. 7.5 lakh from them.

On Nov. 20, 2020, miscreants had stolen a bike (KA-11-E-4523) of one Mallesh, which was parked in front of his house at Vijayanagar 2nd Stage following which Mallesh had lodged a complaint with Vijayanagar Police.

Based on the complaint, Vijayanagar Police, who registered a case, began investigation and on Feb. 27 at about 7 pm, arrested the three accused near Hinkal Ring Road and interrogated them.

Based on the information provided by the accused, the Police have solved six cases in Vijayanagar Police Station, one case each in Metagalli, Krishnaraja, Yelwal, Jayapura and Hebbal Police Stations.