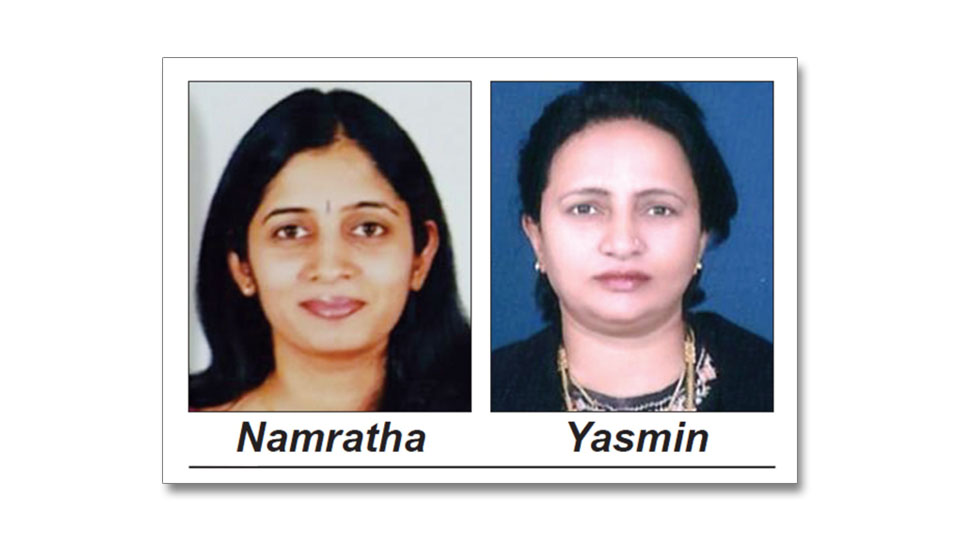 Mysuru: Even as the imbroglio of giving recognition to the Karnataka State Open University (KSOU) continues, a few other things however, are being set right. The State Government had earlier nominated only male members to the KSOU Board of Management (BoM) and this anomaly was brought to its notice. Rectifying it, it has nominated two women members.

Whether it is the nomination to the University Syndicates or to the Boards, it is people with strong political affiliations who are nominated. This time too it is no different as both the women members come with political backgrounds.

The Government has nominated Namratha B. Yavagal, 35, daughter of the Congress MLA from Nargund, B.R. Yavagal, while the other is Yasmin Riyaz Kittur, 53, who has been elected to the Dandeli City Council four times. She has been with the Congress party since 1996.

It may be recalled that M.H. Chandrashekar and Hazrat Ali Goravakolla had been nominated in early July this year by Higher Education Minister Basavaraj Rayareddy along with three other male members.

This was against the KSOU Act as it stipulates that there should be two women members out of the five, while one member should be from the SC/ST community. The Government had withdrawn its order of July 3.

In its latest order, the Department has terminated the nomination of Chandrashekar and Hazrat Ali and nominated two women members in their place. The other members are K.S. Shivaramu from Mysuru, Rachaiah from Chamarajangar and Ramanna Salabhavi from Koppal.

The BoM has 15 members, including the KSOU Vice-Chancellor, Registrar, Dean-Academic, Principal Secretaries of the Higher Education Department and Finance Department, VC from another University in the State, four Legislators and five nominated members.