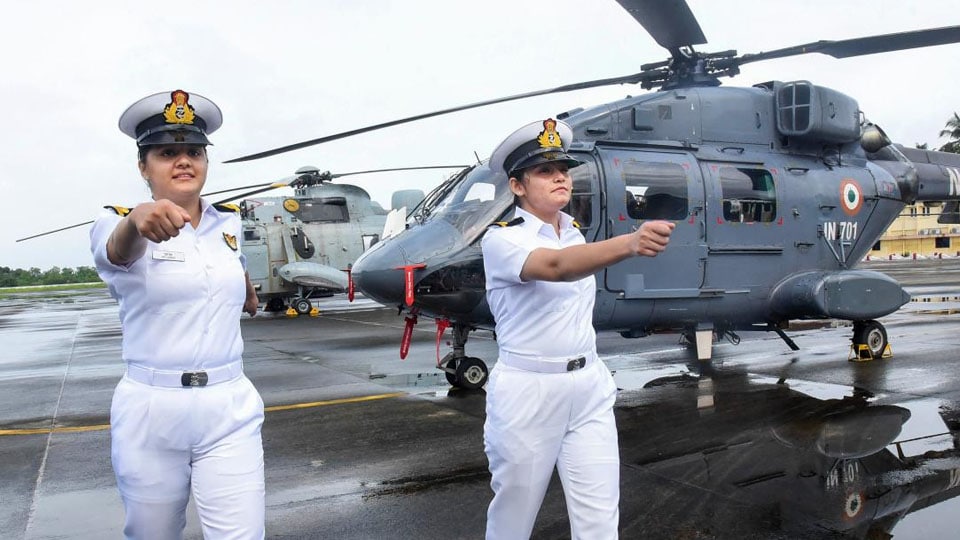 New Delhi: In a move that will redefine gender equality in the Indian Navy, Sub Lieutenant Kumudini Tyagi and Sub Lieutenant Riti Singh will be the first women officers who will be deployed on Navy warships as part of the ship’s crew.

Though Indian Navy does employ several women officers in its ranks, women have, thus far, not been embarked on warships for lengthy durations due  many reasons including lack of privacy in crew quarters and availability of gender-specific bathroom facilities. That is set to now change with the two young officers who are training to operate a host of sensors onboard Navy multi-role helicopters, including sonar consoles and Intelligence, Surveillance and Reconnaissance (ISR) payloads.

The two officers will eventually fly on the Navy’s new MH-60 R helicopters, 24 of which are on order. Widely considered the most advanced multi-role helicopters of their class in the world, the MH-60R is designed to detect enemy ships and submarines which can be engaged using missiles and torpedoes. In 2018, then Defence Minister Nirmala Sitharaman had cleared acquisition of Lockheed-Martin built choppers in a deal estimated at 2.6 billion dollars.

News of the deployment of women officers onboard ships comes on a day when it has emerged that Indian Air Force (IAF) has shortlisted a woman fighter pilot to operate in its fleet of Rafale fighter jets. Operational conversion of this officer has begun though it’s unclear when she would be declared ‘operational’ with the IAF’s Golden Arrows squadron in Ambala which is the first IAF squadron to operate the French built fighter.

The two officers are part of a group of 17 officers of the Indian Navy, including four women officers, and three officers of Indian Coast Guard, who were awarded “Wings” on graduating as “Observers” at a ceremony held yesterday at INS Garuda in Kochi, the Navy statement said.