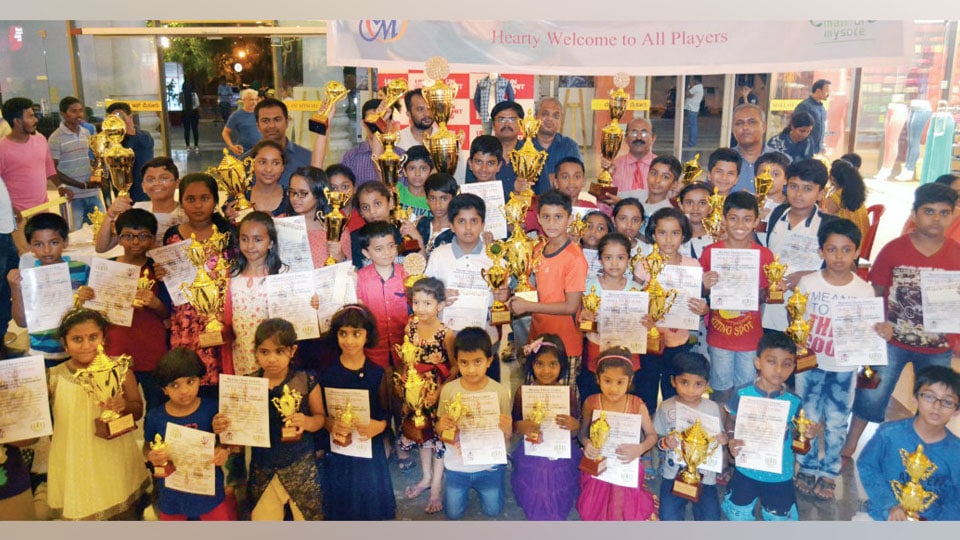 Sriram Udhaykumar of Bengaluru and Arnav Muralidhar (Mysuru) tied with 8 points from eight rounds, but with the former with a better progressive score of 17.5 to later’s 17, clinched the title in the U-13 Open Rapid Chess Tournament conducted by Mysore Chess Centre at the Mall of Mysore premises recently.

More than 210 players from all over the State took part in  the tournament. A total cash prize of Rs. 30,000 was at stake in the tournament and was given away to the winners in different categories and Open U-13 section respectively. Nagendra Muralidhar, Vice-President, United Karnataka Chess Association (UKCA), Medappa, General Manager, Mall of Mysore, Mizu, Marketing Manager, Mall of Mysore, Manjunath Jain, Jt. Secretary, UKCA gave away the prizes to the winners.