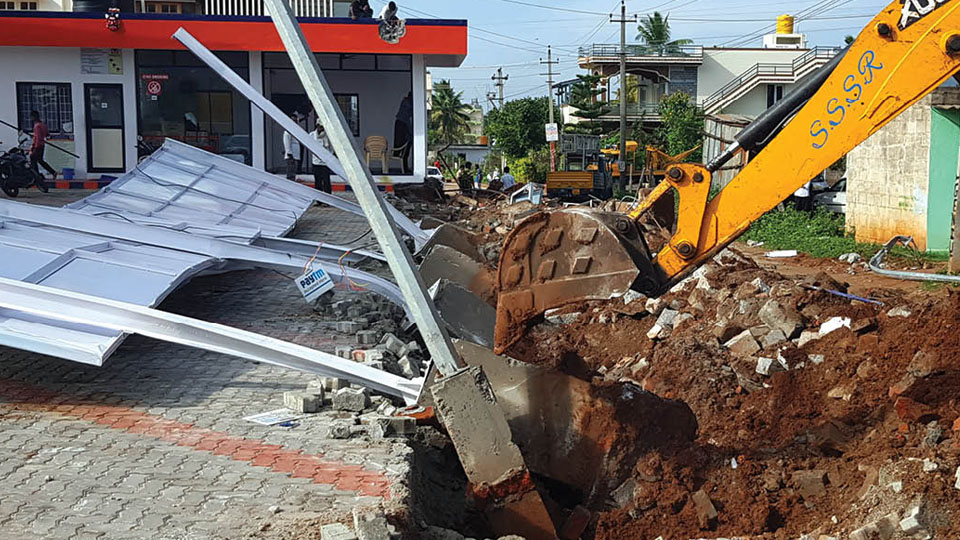 The IOC Petrol bunk belonged to one Lakshmi wife of Bullet Nagaraj. The latter it is said had relinquished a portion of the property adjoining the petrol bunk measuring 1.75×42 metres to MUDA in 2013.

However, he had encroached upon the property by building an office complex and compound on the same premises.

In spite of repeated warnings, since he had not vacated the place, the MUDA officials led by Superintending Engineer Suresh Babu with the help of a 30-strong Police force swooped down on the building at 4.30 am and demolished the buildings with cutters. and earth movers.

The demolition was conducted under the protection of Devaraja Sub-Division and Alanahalli Police personnel.