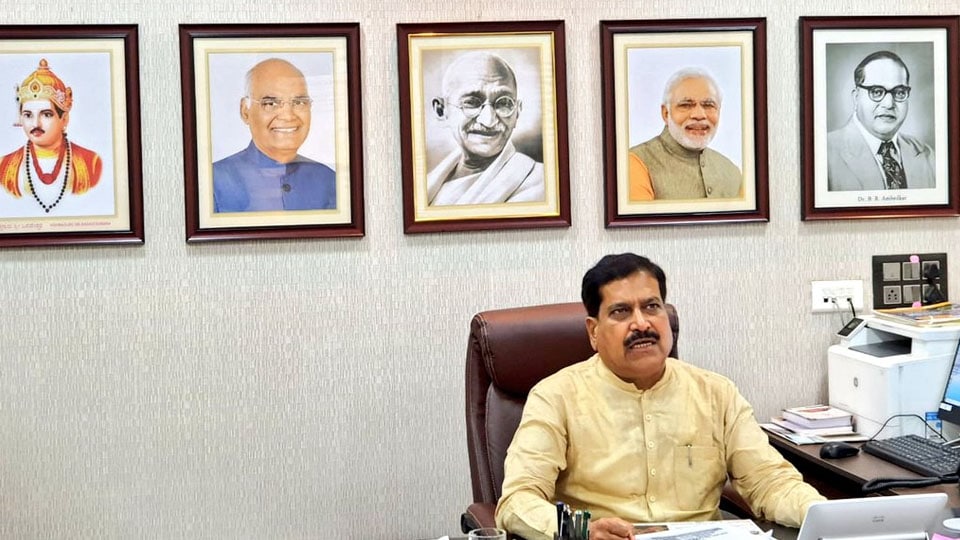 New Delhi: Union Minister of State for Railways Suresh Angadi died here yesterday following brief illness. He was 65.  He was admitted to the All India Institute of Medical Sciences (AIIMS) on Sept. 11, where he breathed his last yesterday evening. Last rites were performed in Delhi in the presence of his family members, several Union Ministers and Karnataka Ministers.

Angadi, a four-time MP from Belagavi in Karnataka and a first-time Union Minister, was considered a party heavyweight, with his influence cutting across North Karnataka. Angadi became an MP from Belagavi (Belgaum) constituency for the first time in 2004, after which he won every successive Lok Sabha election. As Railway Minister, Angadi was characterised by his keen interest in tracking big-ticket projects. During the lockdown and even after, he, along with Railway Minister Piyush Goyal, chaired regular review meetings through video-conferencing.

The BJP leader was born in an agricultural family in KK Koppa village near Belagavi. He graduated from the Commerce stream and also pursued a course in Law. Angadi started his political career in 1996 when he was made the Belagavi district BJP Vice-President. In 2001, he was nominated as Belagavi District President of BJP.

Three years after rising to the post of District President, Angadi was given ticket to contest the Lok Sabha election by the BJP.

Prime Minister Narendra Modi led his colleagues in the Government and party in offering condolences. “Shri Suresh Angadi was an exceptional karyakarta, who worked hard to make the party strong in Karnataka. He was a dedicated MP and effective minister, admired across the spectrum. His demise is saddening. My thoughts are with his family and friends in this sad hour. Om Shanti,” the PM tweeted.

“I am shocked and saddened by the demise of… Suresh Angadi. He was like a younger brother to me. I feel terrible losing him. This is an unbearable loss to our nation,” former Prime Minister and JD(S) Supremo H.D. Deve Gowda tweeted.

“Deeply anguished at the unfortunate demise of Suresh Angadi ji. He was like my brother. Words fall short to describe his commitment & dedication towards the people. My thoughts and prayers are with his family and friends in this hour of need. Om Shanti,” Union Railway Minister Piyush Goyal tweeted.