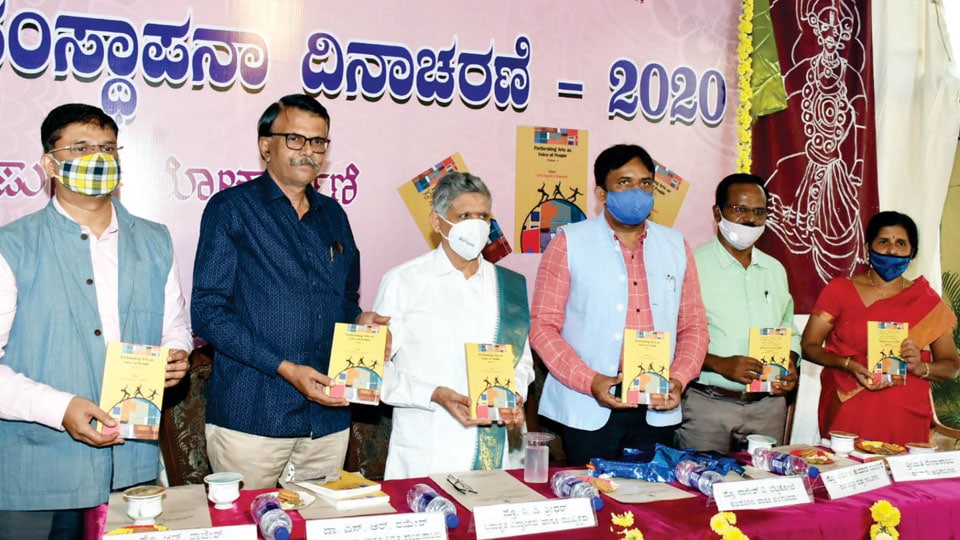 Mysore/Mysuru: Noted theatre expert and litterateur Prof. Ashok Kumar Ranjeere of Hampi Kannada University has said performing arts such as dance, music and drama are nearer to people but they are now neglected in the current education system.

He was speaking at the inauguration of the Foundation Day of Karnataka State Dr. Gangubai Hangal Music and Performing Arts University at its premises on JLB Road in city on Tuesday. Prof. Ranjeere said the University has kept alive these three performing arts through teaching. Other conventional Varsities do not mingle with people but the Music University was also nearer to people through performing arts. There will be no employment problem if students bag degree from this Varsity as they can live independently. These art forms have helped people to maintain a good mental health as well as of the society. Unfortunately, the encouragement to this Varsity has stopped from the State Government and the people due to Corona, he regretted.