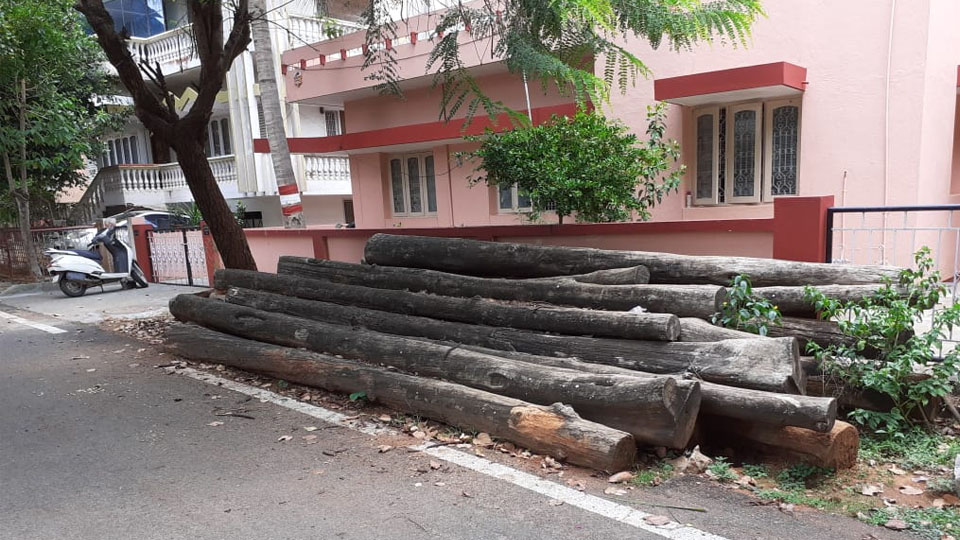 Mysore/Mysuru: Residents of Gokulam 3rd Stage, 4th Main in city are living in constant anxiety since years due to a vacant site next to their house that is filled with overgrown bushes and weeds which has become a breeding place for mosquitoes and a safe haven for snakes, rodents, scorpions and other pests. As the vacant plot is filled with weeds and bushes, it may also become a perfect place for thieves to hide.

An elderly couple living next to the vacant site is living in constant fear as a few snakes had entered their house recently. “I am hoping that the owner of this vacant site would be a responsible neighbour and get the site cleaned,” they said.

They said that the vacant site is full of garbage and overgrown bushes and weeds resulting in a lot of insects, rodents and snakes making the place their home. Also, wooden logs are stored opposite their house since many months allowing rats and snakes to sneak into it and is also creating lot of problems to the residents of the lane.

They said that the sites were allotted in 1973 and the said vacant site has changed many hands till now and the present owner has neither constructed a house nor has got the plot cleaned periodically.

The residents have urged the authorities concerned to take steps to get the vacant site cleaned at the earliest and also to catch the snakes and rehabilitate them in their habitat away from the residential area.