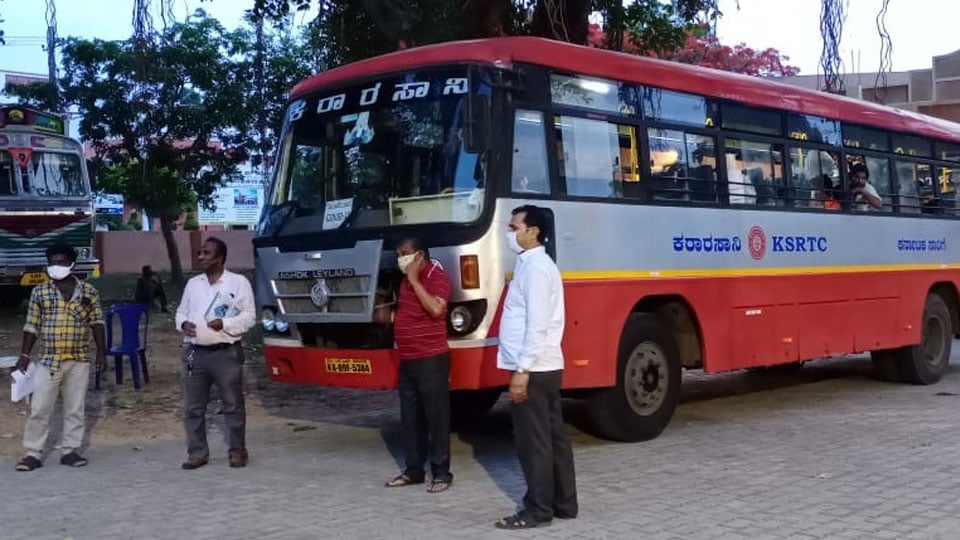 A total of 170 people including 23 women and 22 children, who were doing Mewad Ice Cream, Pani Puri and Bale Puri businesses at Mysuru and Chamarajanagar districts, were given shelter at CITB Choultry in Siddarthanagar here for the past 35 days, after all their business were halted soon after lockdown was imposed to contain spread of deadly pandemic.

On Mar.30, all these people were going towards Rajasthan in two lorries and were stopped by Maharashtra Police near Shahpur and had sent them back to Mysuru. When they returned to Mysuru on Apr.1, Alanahalli Police stopped them near Mysuru Ring Road and sent them to CITB Choultry for shelter. From then on, though they tried several times, District Administration had not given them any chance to return as per lockdown guidelines.

Though these Rajasthanis were unable to return to their native places, now with lockdown relaxation at some places and inter-district travel, they returned to the villages in the district they were residing in.

Following permission from the District Administration on Tuesday, a KSRTC bus was arranged to send a total of 29 people to their residences in Mysuru that included Rammanahalli, Shantinagar, Devegowda Circle and other layouts.

Others are expected to reach their residences in Mysuru and Chamarajanagar today.