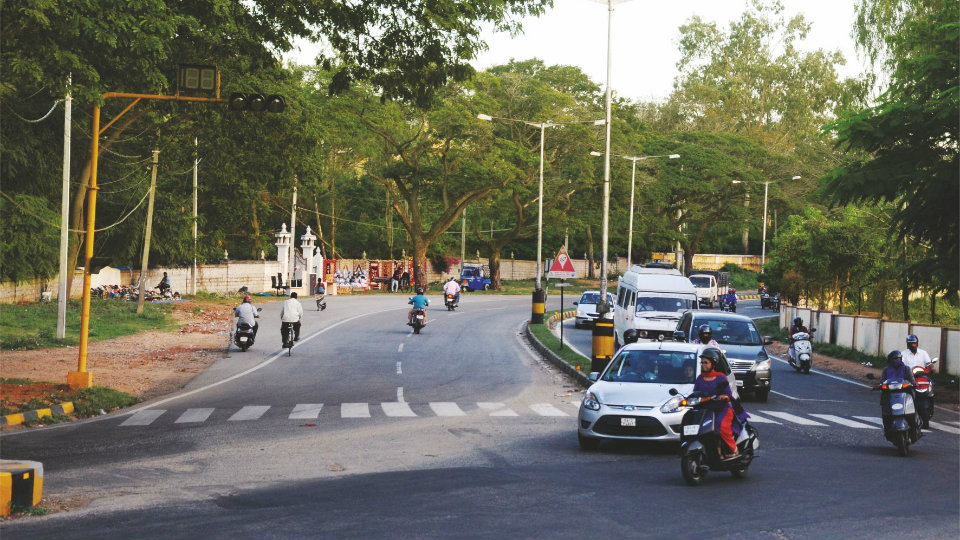 Upgradation of stretch between Kalamandira and Mosque: A Design Engineer’s Perspective

With due respects to my learned friends who staged silent protests against straightening of the stretch between Kalamandira and the Mosque on Hunsur Road near Jaladarshini Guest House, I wish to make the following observations from a design engineer’s perspective.  Having practiced Road Engineering from ‘Drawing Board’ stage to ‘Project Management’, my focus is only on rectification of defects rather than merits and demerits of alternatives.

In a recent conversation with SOM Editor-in-Chief K.B. Ganapathy, he observed thus: “Prasad, you are like a pontiff in saffron rendering your discourses through your articles in SOM. Sadly, no one bothers to take your views forward.” Thinking citizens and non-thinkers of the government merely prefer to read the articles but do nothing. Therefore, I confine to ‘case-specific’ points and relevant circumstances. My contentions from the time I first observed this stretch as per road transportation engineering fundamentals were:

Decades passed. Accidents occurred. Injuries and deaths were reported. Interestingly, during 2005-2009, the Mysuru-Bantwal Road was undertaken for upgradation by State Highway Department — from two-lane ‘Single Carriageway’ to a four-lane, ‘Dual Carriageway’, and a median in between. It would have been better to rectify the Kalamandira and Mosque stretch during upgradation works. Sadly, that did not happen. I wrote about this too but none amongst either thinking citizens or the government took cognisance of it, much less called me for any discussions. I wish to invite the attention of the readers to the following points to substantiate the need for correction of the stretch, in clear terms.

READ ALSO  V.N. Prasad and troupe to perform in aid of dialysis patients

In conclusion, I contend that it takes decades to set right the wrongs committed by the government. The phenomenon called ‘Trust Deficit’ in civil society is on account of negligence of the government in fundamental aspects of road engineering. Unless the government wakes up doing the right thing the first time, such issues will continue to haunt the tax-payer.

2 COMMENTS ON THIS POST To “Upgradation of stretch between Kalamandira and Mosque: A Design Engineer’s Perspective”