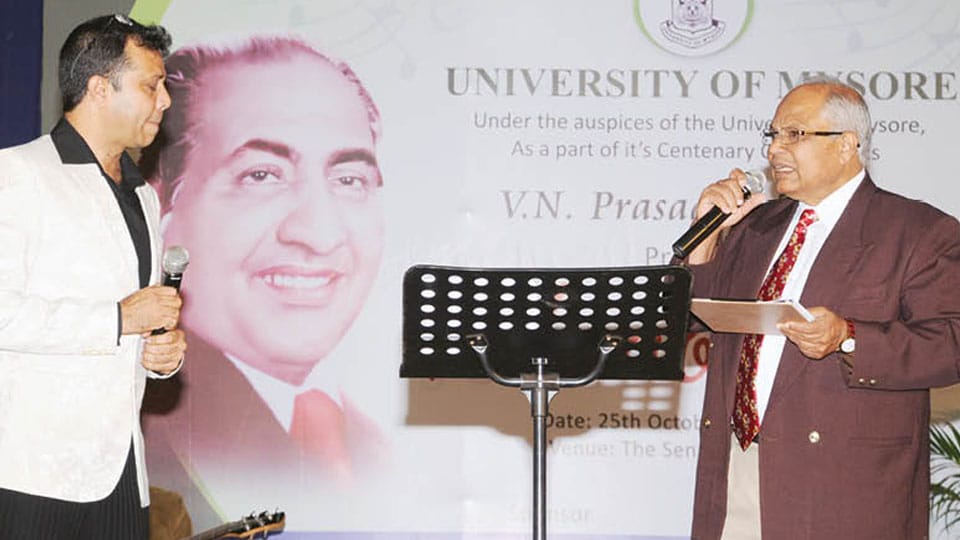 Born at Mandya, brought up and educated at Bangalore, V. N. Prasad shifted to Mysore in 1984. A ‘Highways & Bridges Designer and Project Management Consultant’ by profession, he took to singing as a hobby from his school days. His mother, late Vasantha Venkatarangan, was an AIR singer and Prasad drew inspiration from her.

Since 1986, he has staged performances in almost all the auditoria of Mysore. His endeavour has always been to identify young singing talent in Mysore and promote them on big stages. Many youngsters in his group have risen to formidable heights today.

Prasad was the first to bring ‘Karaoke’ culture into Mysore. Speaking to Star of Mysore, he says, “I used to drive up to Sadashivanagar, Bangalore, to record Karaokes on ‘C – 60’ cassettes and use them to practice and train youngsters.” His programmes across ‘Round Tables’ and ‘Rotary’ in and around Mysore have been popular over three decades. 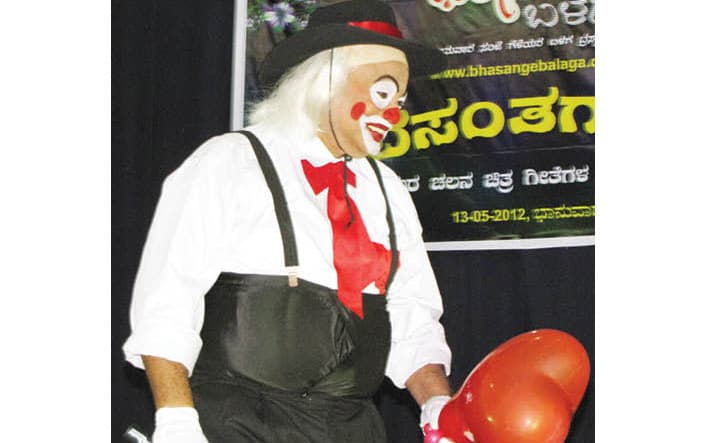 A big fan of Kishore Kumar, he was stuck to programmes around Kishore’s numbers. A discerning fan of Prasad and a playback singer Chandrika Gururaj and his Rotarian colleague late Dr. Patawardhan advised Prasad to come out of the shell of Kishore and sing others’ numbers too. He has staged many programmes of Mohammed Rafi and Mukesh. Mohammed Rafi’s daughter,  Nasreen Ahamad and son-in-law Miraj Ahamed had come down from Mumbai to attend Prasad’s programme at Mysore in April 2017.

Chandrika Gururaj, the noted Kannada playback singer, has performed alongside Prasad at Mysore with her live orchestra comprising greats like Shabbir (Key Board), Madhusudhan (Tabla), Srinivas (Guitar), Arun (Rhythm Pads). They are all currently playing for film industry in Karnataka. Prasad has earned popularity across Mysore and beyond for his approach to rendition — stress on pronunciations, sur, taal and importantly emotions of the lyrics; acknowledged by connoisseurs across Mysore.

During the centenary year of University of Mysore, Prasad’s troupe was offered the privilege to stage four performances; one in the Open Air Theatre and three more in the Senate Hall.