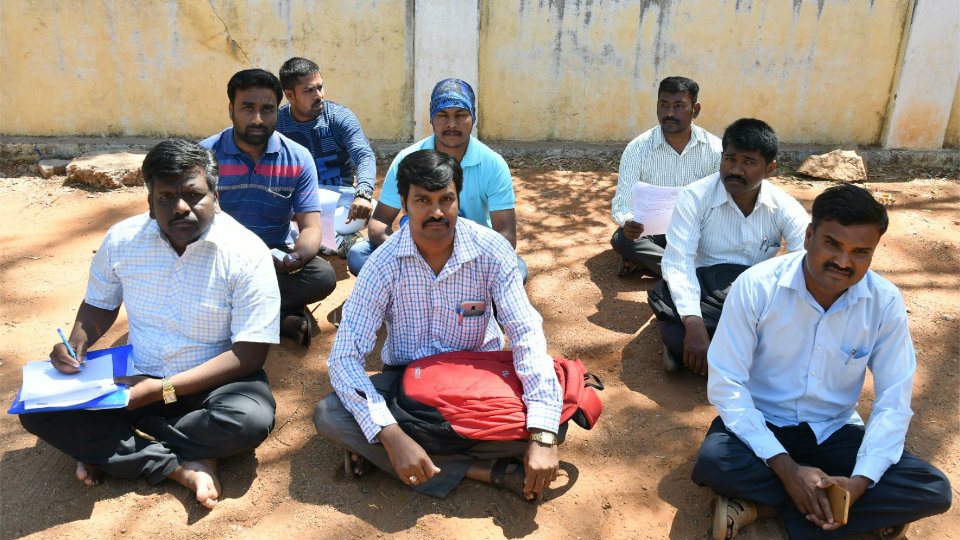 Mysuru:  Urging to make Folklore a subject in PU and Degree, the members of Karnataka Janapada Jagruti Vedike staged a protest in front of the DC’s office here on Monday.

Stating that the State Government always tell that Folklore was in the verge of extinction, the protesters said that the ruling Governments was not taking any steps to protect it.

They said that in the modern education system, moral values were fast diminishing among the students as Folklore is not being taught to them. The protesters said that Karnataka was the first State to start a Folklore University in the world and regretted that the State Government wwas neglectingthe teaching, learning and research in Folklore  in the University.

They said that two years ago a Committee chaired by Dr. Ambalike Hirianna had recommended Folklore as a subject to be taught in PU but the Government did not take any steps in this regard and questioned as to why the Government had formed a Committee when it cannot take its recommendation.