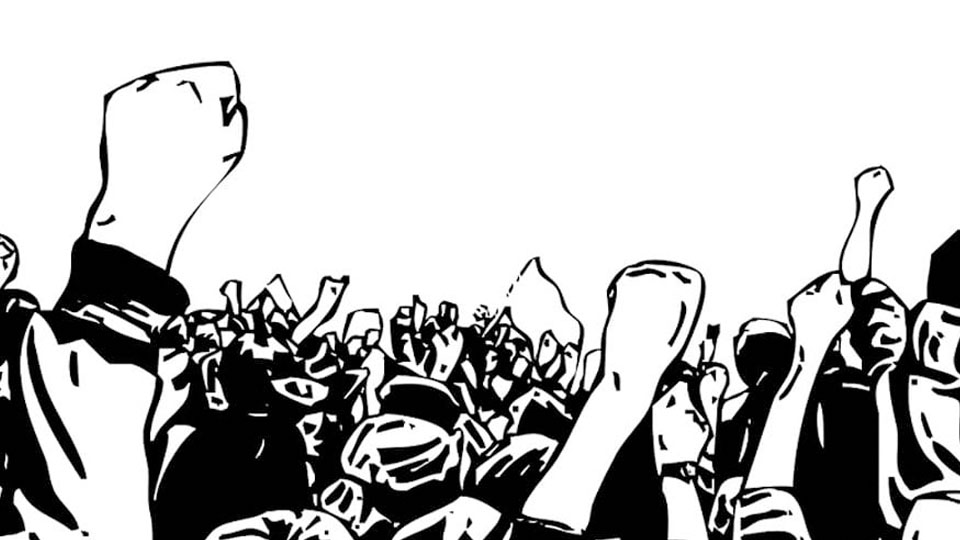 Mysuru: Strongly condemning the ghastly murder of Madhu Pattar, an Engineering girl student at Raichur and the recent serial bomb blasts at Colombo, Sri Lanka, in which over 300 people were killed, more than 30 members of Vishwamanava Mysuru University Naukarara Vedike staged a demonstration in front of Mahatma Gandhi’s bust, opposite the city Law Courts complex here yesterday morning.

The protestors demanded justice to Madhu Pattar and strongly condemned the barbaric act of terrorists in Sri Lanka.