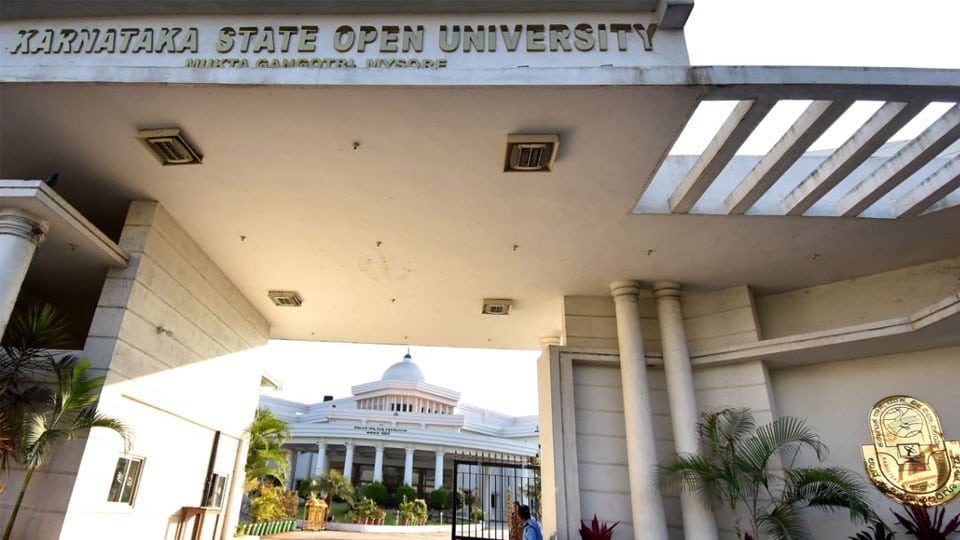 Mysore/Mysuru: Accusing the Karnataka State Open University (KSOU) of coming up with a circular on issuing Convocation Certificates to all eligible students enrolled through collaborative institutes on or before 2012-13, Karnataka Rajya Hindulida Vargagala Jagrutha Vedike President K. Shivaramu maintained that KSOU withdrew the circular following a directive from University Grants Commission (UGC).

Addressing a press meet here yesterday, Shivaramu, who is also a former KSOU Board Member, claimed that KSOU had issued a circular on giving Convocation Certificates to students enrolled on or before 2012-13, by manipulating a Governor’s directive, which had asked for holding of a special Academic Council meeting.

Pointing out that he had complained to the UGC and  the Governor against KSOU’s circular, he said that his complaint has borne fruit as the University withdrew the circular.

Vedike office-bearers R.K. Ravi, Lokesh Madapura and others were present at the press meet.

Meanwhile, former KSOU Vice-Chancellor Dr. N. S. Ramegowda has demanded a thorough probe into the irregularities that are said to be taking place in KSOU in the name of the Varsity’s Silver Jubilee Celebrations.

In a press release, Dr. Rame-gowda said that it has come to his notice that the University was appointing 50 new teaching faculty on a five-year contract.

Alleging that KSOU had come forward for distribution of Convocation Certificates to over 77,000 students who had enrolled with the University through collaborative institutes, he reiterated his demand for a thorough probe into all the alleged irregularities that have taken place in KSOU over the years.