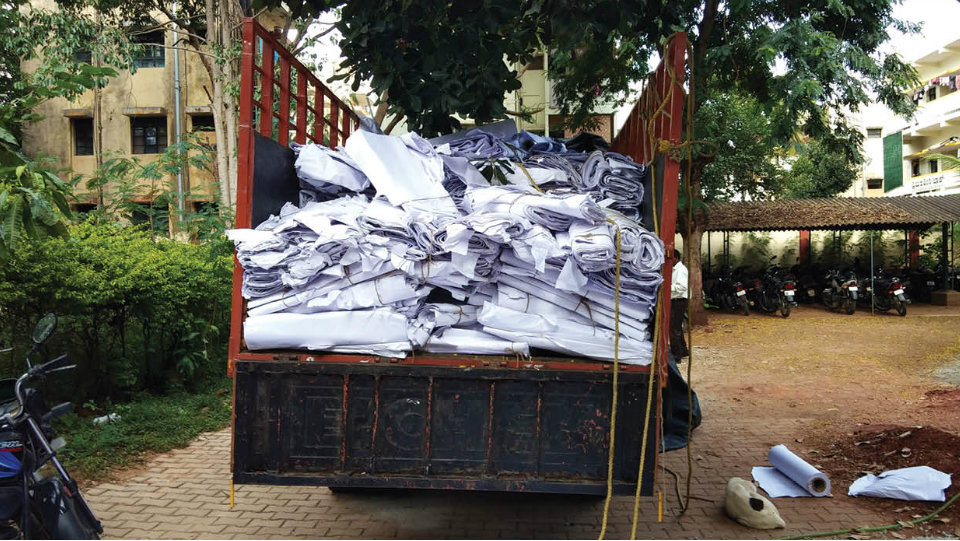 Mysuru:  Three vehicles transporting school students Text books in the guise of carrying waste paper from the Government Press in city were seized by the Police here yesterday.

The officials found between the waste papers several sacks of revised text books of English, Urdu and Marathi of 8th and 9th standards printed about two to three months ago. They said that a report would be submitted within two days on the issue. 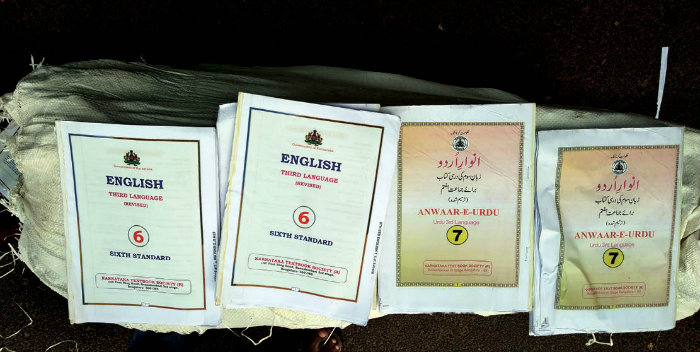 Background: Social activist Gangaraju and a few Karnataka Kannada Vedike members, based on a tip off that school children text books were being transported in vehicles from the Government Printing Press in the guise of carrying waste paper, had informed the matter to the Police Commissioner.

Speaking to Star of Mysore, Gangaraju said that he had information regarding irregularities going on in Government Printing Press since the last month. This information had been passed on to Primary and Secondary Education Minister N. Mahesh, Deputy Commissioner Abhiram G. Sankar and Printing Press Director Ravishankar. However, none of them had bothered to take action, he alleged.

Hence, he along with the members of Karnataka Kannada Vedike, had informed the Police Commissioner on Aug.3 afternoon who had directed the Saraswathipuram Police to take action. They in turn had seized the three vehicles. A team from Bengaluru had come yesterday, checked and found the 2018  text books printed two to three months ago, he said.

The DC when informed said that it does not come under his jurisdiction and similarly Anti Corruption Bureau (ACB) and Lokayukta officials also gave the same reply. Only the Police Commissioner responded to our information and the investigation is going on, said Gangaraju and urged that action should be taken against the culprits.