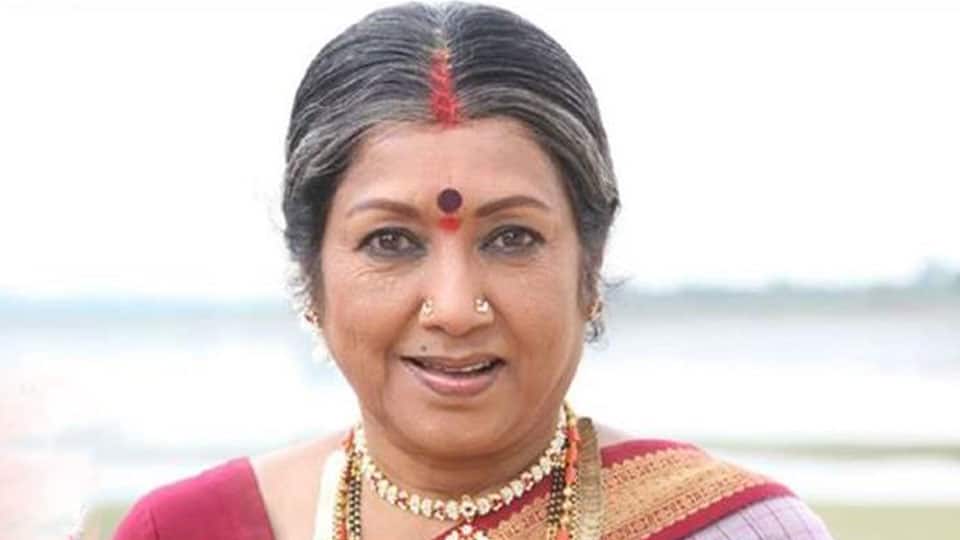 Bengaluru: Veteran multi-lingual actress Jayanthi passed away due to ill health at her residence here this morning. She was 76.

Actress Tara said that the body will be kept at Ravindra Kalakshetra for the public to pay their last respects while Jayanthi’s son Krishnakumar said that the family will take a call on the time and date of the last rites.

Known as Abhinaya Sharadhe, Jayanthi has acted in over 500 films in Kannada, Tamil, Telugu, Malayalam and Hindi languages.

Kannada film Director Y.R. Puttaswamy gave Jayanthi her first chance in his movie ‘Jenu Goodu.’ She has acted in about 45 films with Dr. Rajkumar.

Jayanthi also tasted success in Tamil, Telugu and Malayalam cinema. In Kannada, she has worked with thespian Dr. Rajkumar and iconic filmmakers like Puttanna Kanagal and Dorai-Bhagwan in several cult-classic films.

Born as Kamala Kumari on Jan. 6, 1945 at Ballari, she was known by her mononymous stage name Jayanthi. Her father Balasubramanyam worked as English Professor at St. Joseph’s College in Bengaluru. Her mother was Santhanalakshmi. Jayanthi was the eldest of three siblings and had two younger brothers.

Jayanthi’s mother was keen on making her daughter a classical dancer and hence she joined a dance school. Her friend in dance school was the famous Tamil actress Manorama. She has been cited as Kannada cinema’s “most bold and beautiful” actress.

Due to her stint in Tamil films from 1962 to 1979 as leading lady, she had become nationally famous. She had acted with all major stars M. G. Ramachandran in Padagotti and Mugaraasi, with Gemini Ganeshan in Kanna Nalama, Velli Vizha, Punnagai and Iru Kodugal, with Jaishankar in Nil Gavani Kadhali and Kaadhal Paduthum Paadu and Ethir Neechal with Nagesh. She was director K. Balachander’s regular actress and they went on to work in films such as Iru Kodugal, Bama Vijayam, Ethir Neechal, Punnagai, Velli Vizha and Kanna Nalama. She has also acted with Jayalalitha and Manorama in the film Mugaraasi.