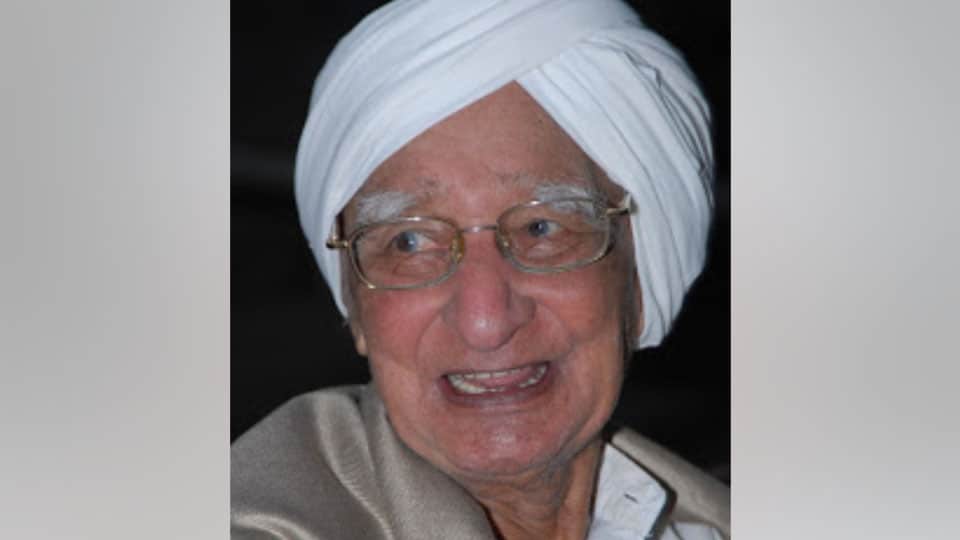 Enagi (Belagavi): Veteran theatre personality and Nadoja Enagi Balappa (103) passed away at his residence in Enagi village here this morning.

Balappa, who had inaugurated Dasara cultural programmes at Palace in 2013, entered theatre through Chikkodi Shivalinga Swamiji, who was his first Guru.

Born to Balamma and Karibasappa in 1914, his very first role in theatre was that of ‘Kittur Rudramma,’ a female character, which received lot of appreciation. Balappa was married thrice (his first wife died young). He later married Savithramma and Lakshmibai and had 9 children.

Theatre and film personalities have condoled the death of Balappa whose last rites will be held at his native village.

Having worked for many theatre companies, Enagi Balappa started his own company ‘Kalavaibhava’ during 1946  and provided an opportunity to new-comers. His theatre company was a hiding place for freedom fighters during freedom movement.

Balappa, apart from staging mythological and historical plays, staged plays of social relevance and worked to close the gap between amateur theatre and professional theatre.