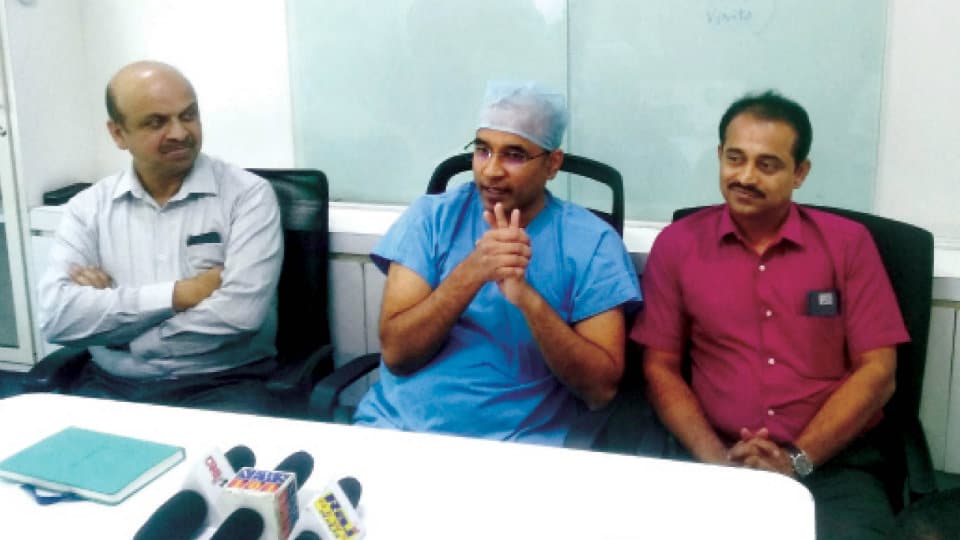 Mysuru: Columbia Asia Hospital in city has launched Videonystagmography (VNG) Test for Vestibular Disorder at its premises recently. This Test is invaluable in predicting early stroke, even before it is picked up on MRI and is also useful in assessing the response to treatment of various balance disorder.

VNG testing is a series of tests designed to document a person’s ability to follow visual objects with their eyes and how well the eyes respond to information from the vestibular system. In the testing, a camera attached to a pair of goggles worn by the patient records eye movement as the patient looks back and forth between designated points, tracks moving lights and moves the head and body into different positions.

Dr. H.A. Dathathri, Consultant,  ENT, Head and Neck Surgery, Columbia Asia Hospital, said, “We are thrilled to announce the launch of first-of-its-kind technology at our Hospital and happy that people of Mysuru will now have access to this new technology. Videonystagmography is considered the new standard for testing inner ear functions because it measures movements of eyes directly through infrared cameras, instead of measuring the mastoid muscles around the eyes with electrodes like the previous ENG version. VNG testing is more accurate, more consistent and more comfortable for the patient.”

Col. Rahul Tewari, General Manager, Columbia Asia Hospital, Mysuru said, “We believe in introducing newer and innovative technologies that will help our patients. Now citizens of Mysuru need not travel far and wide for a Cochlear Surgery or a VNG Test, they can avail it at Columbia Asia Hospital in Mysuru.”