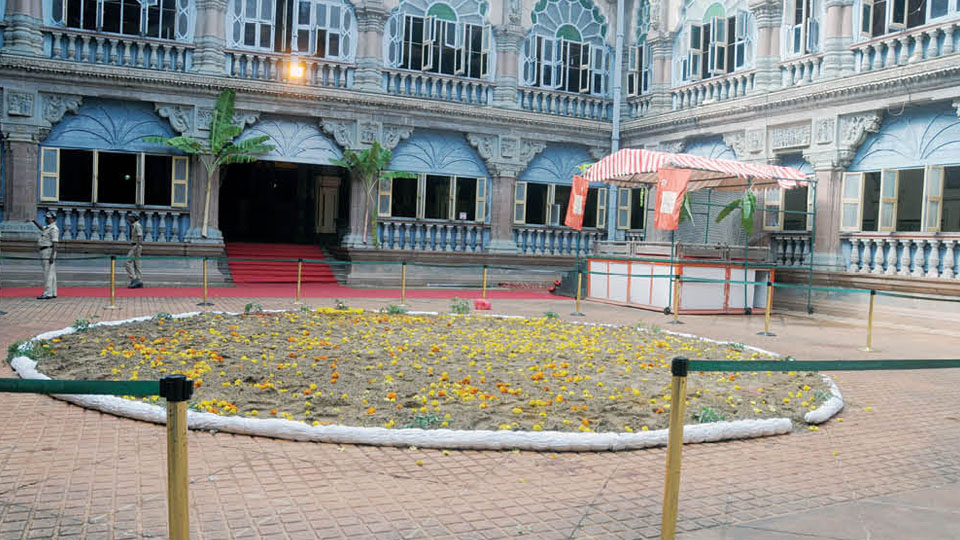 Vijayadashami at Mysore Palace on Oct.22

The Vijayadashami celebrations, which were to be held yesterday at the Mysore Palace by the royal family, were postponed following the death of two of their members on the same day.

Now, the celebrations will be held on Oct.22 that will include all the rituals.

Pramoda Devi Wadiyar, speaking to Star of Mysore here this morning, said: “There seems to be some speculation regarding calling off yesterday’s Vijayadashami rituals. This decision was taken in consultation with the family Guru Mutt and priests whose advice iis soughtat times and extraordinary circumstances such as this. The rituals will be concluded on Oct. 22.” 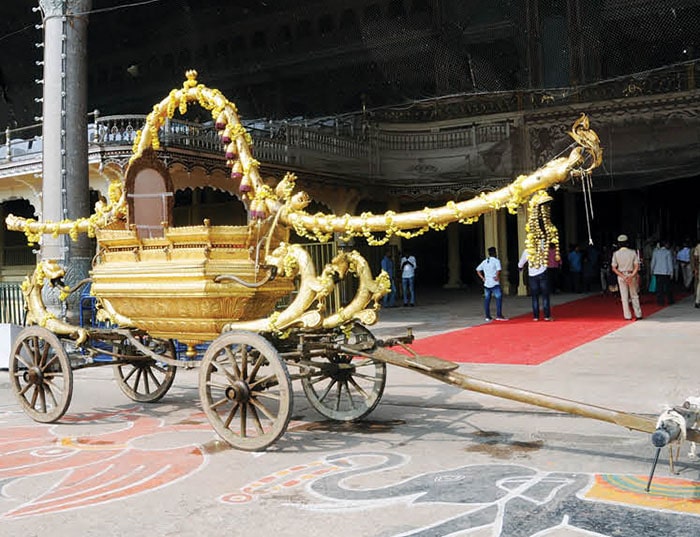 Adda Pallakki, which was
supposed to carry Pattadakathi before Yaduveer’s ‘Vijaya Yatre’ which was suspended due to the death of royal family members.

Asked whether Vajramushti Kalaga will be held, she said, “As regards Vajramushti Kalaga, the practice is, it happens after Uttara Puja to Ayudhas. In view of Uttara Puja being observed on October 22, the Jattis have been informed of the change in date due to unforeseen and extraordinary circumstances.”

After 400 years death in the royal family during Dasara: The Mysore royal family’s titular head Yaduveer Krishnadatta Chamaraja Wadiyar, speaking to Star of Mysore yesterday, said: “This is probably the first time that a death has occurred in the royal family after nearly 400 years during Dasara. It is said that it was Raja Wadiyar’s son who had died in 1610 on Ayudha Pooja day, the end of Navaratri celebrations. However, we have to ascertain this fact yet.” 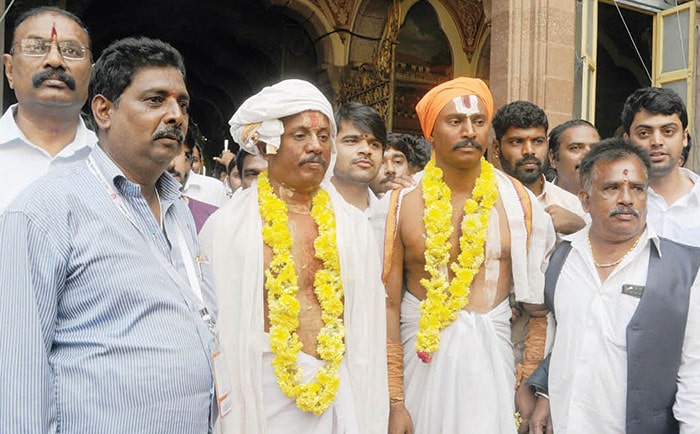 Jattis who were ready for the Kalaga.

He also said that he had cancelled all his official functions, as there was mourning in the family and even told the Government officials that he could not be a part of the inauguration of the Dasara procession at the Mysore Palace.

“I had finished the Navaratri rituals on Ayudha Puja day after removing the Kankana (thread tied to the wrist) and the visarjana of Simhasana. Vijayadashami is the ritual of performing pujas for the victory of good over the evil. This part I will be performing on Oct.22,” he said.