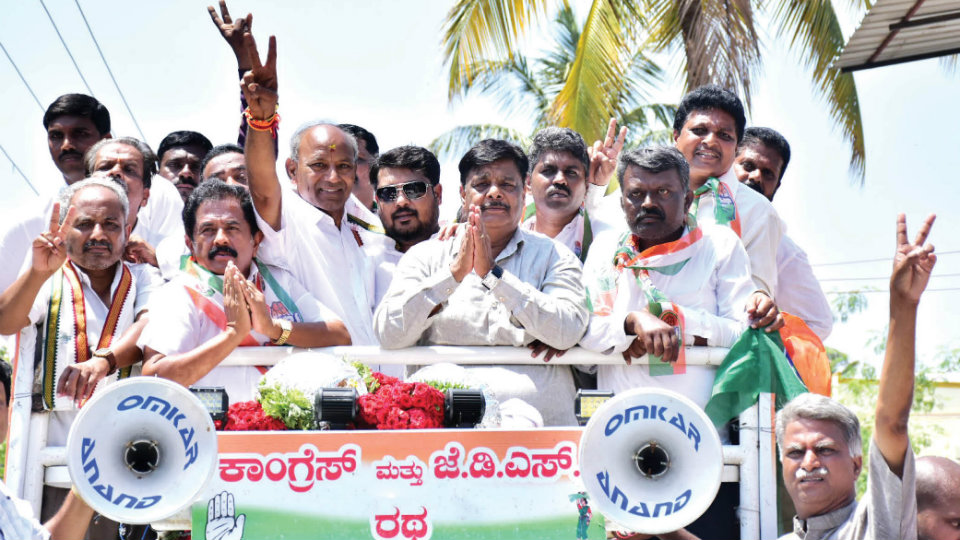 Addressing the rally, Vijayashankar said that people must press the button number 3 that has the ‘hand’ symbol which is the symbol of Congress to ensure his victory. He asked the voters not to listen to others and instead, vote for his party.

Dr. Mahadevappa said that the BJP, RSS and Modi had destroyed the country, trying to rewrite the Constitution and ruined the lives of the poor. Demonitisation was a big disaster and democracy was at peril. Hence, the only way out was for the voters to support the Congress and ensure its victory.

Somashekar said that the price of cooking gas had gone up from Rs.390 to Rs.700, subsidy had come down, diesel and petrol prices had shot up and Rs.15 lakh promised to the poor by Narendra Modi was just a lie. Instead, Rahul Gandhi’s promise of Rs.6,000 per month to the poor in the country is something that every poor will look forward to as it will come directly into their bank account, he said.