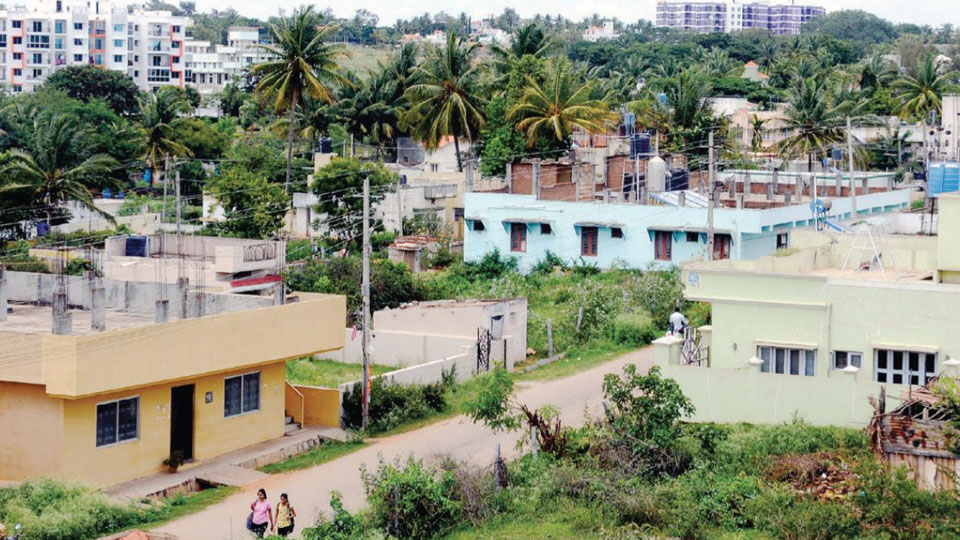 Mysuru: Member of Mysuru royal family Chaduranga Kantharaj Urs, who had petitioned the Supreme Court against land acquisition at Vijayashreepura by Mysuru Urban Development Authority (MUDA) and succeeded, has once again moved the SC regarding the compensation to be paid to him and his family members by MUDA.

It may be recalled here that in June 2017, MUDA Chairman D. Dhruvakumar and Kantharaj Urs had said that the solution to the Vijayashreepura Layout was reached amicably at a meeting with CM Siddharamaiah.

Dhruvakumar told SOM this morning that MUDA would pay a compensation of Rs. 56 crore. Summoning records from MUDA Special Land Acquisition Officer (SLAO) Indiramma, Dhruvakumar said that there were five claimants for the compensation in Kantharaj Urs’ family.

“As per the directions of Karnataka Urban Development Department Under-Secretary, we have decided to pay Rs. 56 crore compensation. While the government has asked us to submit the compensation cheque to the Supreme Court, Kantharaj Urs has requested us to directly hand over the cheque to him. This will not be possible as there are multiple claimants,” he said.

The MUDA Chairman said that of the Rs. 56 crore, JSS institutions (a part of the land has been given to the JSS institutions by MUDA to set up colleges) have to pay Rs. 28 crore. “We are ready with the remaining Rs. 28 crore that MUDA has to pay and we will get the money from the JSS either today or tomorrow,” he said.

Meanwhile, it is learnt, Kantharaj Urs is seeking higher compensation as per today’s market value. According to a realtor, the present market value of the land is more than Rs. 2,000 crore.

The then City Improvement Trust Board (now MUDA) acquired the 94.28-acre land abutting Manasagangothri, the PG campus of University of Mysore in 1984-85 (final acquisition in 1988) which was questioned in the Court by Kantharaj Urs and his family as MUDA failed to pay compensation. Later, MUDA allotted 15 acres to JSS Mahavidyapeetha. Out of the remaining 79.28 acres, 23.5 acres was developed as Vijayashreepura Layout. Hearing the petition filed by Kantharaj Urs, the Apex Court, on Dec. 16, 2015, had ruled against the acquisition of the land by MUDA and had ordered demolition of the buildings.  The SC order, however, has not been implemented following appeals from residents.