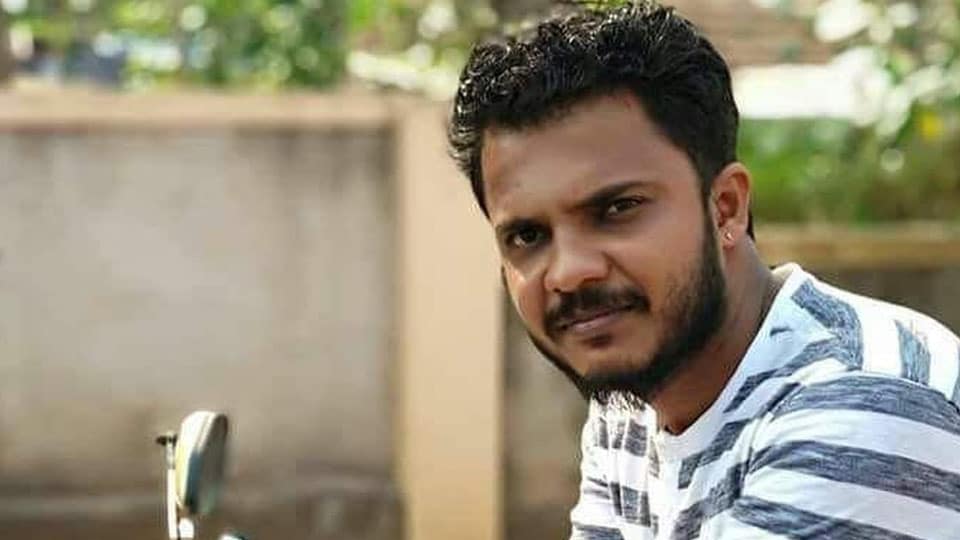 Mangaluru: The situation in parts of Mangaluru remained tense for the second day today with thousands of Hindu activists gathering in Katipalla village and imposing a bandh in Suratkal and surrounding areas in protest against the murder of BJP worker Deepak Rao, who was hacked to death yesterday by four miscreants.

The Police, this morning, had denied permission for the funeral procession planned by the saffron groups by secretly transporting  Deepak’s body from A.J. Hospital to his home in Katipalla.

However, thousands of people gathered in front of Deepak’s house in Katipalla and staged protest to exert pressure on the Police to allow them to take out the funeral procession in spite of the prohibitory orders. Later, the District Administration heeded to the pressure and allowed the body to be taken in a procession from Deepak’s residence to the crematorium in Katipalla.

Meanwhile, all the business establishments and education institutions in Suratkal, Krishinapura, Katipalla, Chokkabettu and surrounding areas remained closed this morning. City buses and autorickshaws too remained off the road.

Even though Police were successful in managing to catch all the accused in the Deepak murder case, the miscreants continued to unleash violence in the area and attacked innocent Muslim youth last evening without any provocation.