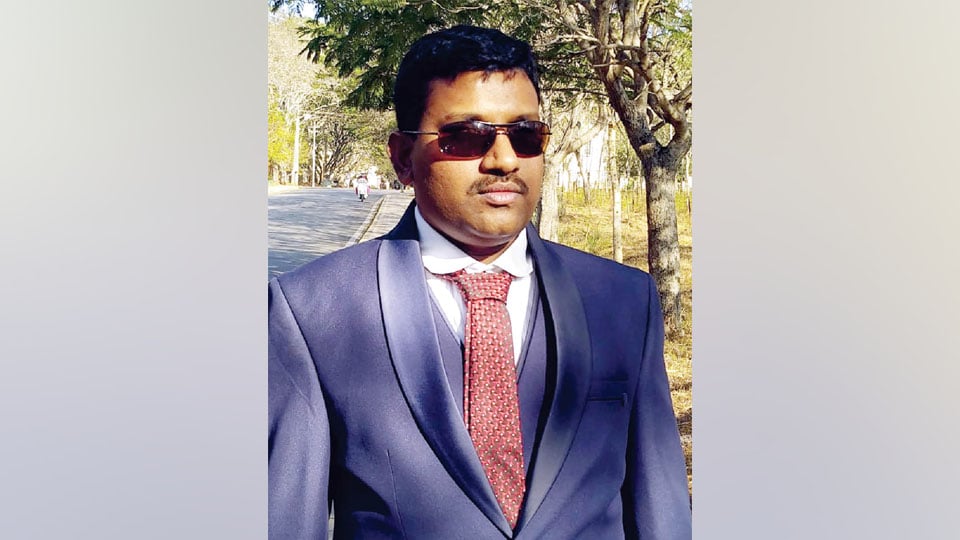 Dr. Nagaraja is working as Assistant Professor in the Kannada Department at Maharani’s Commerce and Management College for Women, Paduvarahalli. He hails from a poor family in Siriguppa taluk of Ballari district and lost his eye sight at the age of eight due to weak nerves.

He has studied in the Visually Challenged Government School near Hubballi’s Siddaruda Mutt from Standard one to SSLC. He completed his PUC in Arts from Kadasiddeshwara College in the same place and came to Mysuru to study in Maharaja’s College from where he graduated. He then completed his Master’s in Kuvempu Institute of Kannada Studies (KIKS) by getting third rank. He is the first person in the State to write the exam on computer.

Speaking to Star of Mysore here this morning, Dr. Nagaraja said, “I wrote my thesis using NVDA (Non Visual Desktop Access) software after learning to type using Nudi Kannada software. I read Kannada newspapers using e-speak software and English newspapers using JAWS (Job Access With Speech) software. I am the first visually challenged person in Kannada Department in University of Mysore to do a Ph.D. There are a few other visually challenged persons like Prof. Krishna Hombal, Chairman, Department of Political Science.”