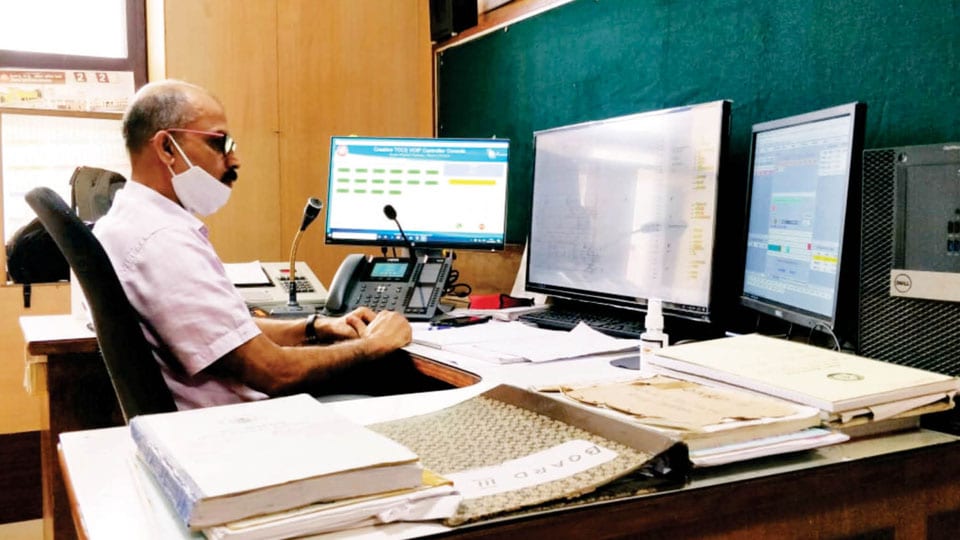 Mysore/Mysuru: Train traffic control communication between the Divisional Control Office and the Station Masters at the way-side Stations is vital for safe and efficient train operations. Ministry of Railways (MoR) has recently decided to commission VoIP-based Train Control Communication System (TCCS) in one controlled section in each of South Western, Central and North Western Railways where the OFC system is available.

This scheme operationalised over the Mysuru Division of South Western Railway (SWR) between Birur Jn. and Sampige Road and Hassan Jn. and Arsikere Jn. in 18 Stations, for a length of 150 kms.

The VoIP-based Train Control Communication System (TCCS) uses the standard modem and widely-proven Internet Protocol (IP) technology as a platform. The distinct advantages of TCCS include better call quality, lesser noise, facilitating monitoring up to the endpoint and, adapting future technology upgrades in an existing system at a relatively lower cost.

Senior Railway Zonal and Divisional Officers were also present on the occasion.