Home » Columns » How about waging a War on War itself? 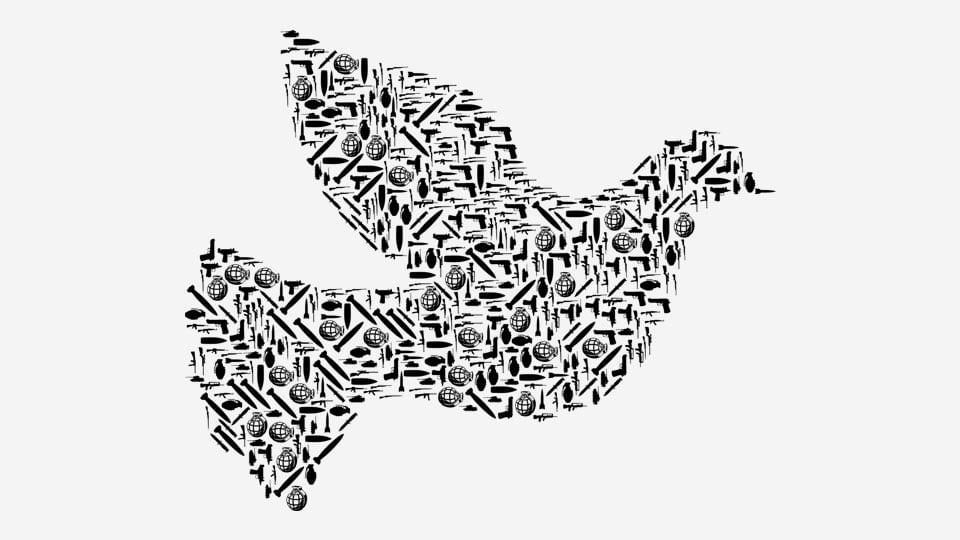 How about waging a War on War itself?

Although most people may disagree with me, I cannot help feeling that Benjamin Franklin, the most distinguished scientific and literary American of his time and one of the founding fathers of America very rightly said that “There never was a good war or a bad peace.” He said this in a letter dated July 27, 1783 which he wrote to Joseph Banks, the President of the Royal Society, himself one of the best known scientists of the world who once sailed with Captain Cook during his exploration of the south seas. Incidentally, he was also the first white man to ever set foot upon New Zealand.

Franklin wrote this letter at the time of the impending end of the long revolutionary American war of independence from Britain. If he had this to say about wars at a time when his people were fighting their most important war and it was becoming increasingly clear that the Americans were winning it you can imagine how much he hated armed conflict.

Waging a war even if we are forcibly drawn into one much against our wishes is indeed an ugly business. It is a different matter that wars mean very good business to all those who are in the business of producing and peddling arms and all other kinds of defence equipment. This is especially so because when it comes to acquiring armaments no price is too high a price as you need to have the best that is available if you have to emerge victorious. And, who would like to lose a war?

Very recently we read about the very ugly turn that our long drawn confrontation with Pakistan has taken with two of our soldiers having been subjected to much brutality even after having been shot dead. Close upon the heels of this very despicable incident we read the news about forty seven school children from Pakistan who had just arrived in Delhi on a student exchange programme having being sent back. The reason cited for this action is that considering the heightened tension on the border at present, the atmosphere is not conducive to such exchanges.

But I feel that this was a rather hasty and knee jerk-like response. This decision seems to have been taken rather hastily by some middle order bureaucrats without our high-level think tanks and Statesmen having had a chance to apply their minds to the situation calmly. Instead of packing them off abruptly if we had allowed those children to complete their stay and absorb whatever experience they were meant to, we would certainly have emerged as a nation with unusually abundant goodwill in the eyes of the rest of the world. Whether we would have made a good and attitude-changing impression or not on Pakistan itself is immaterial. It is also very unlikely going by our experience in the past with many other such goodwill moves.

By reacting in the way we did we have lost an excellent opportunity that we could have utilised to show to the world that our goodwill and desire to have cordial bilateral relations with our rather belligerent neighbour are very genuine and sincere. There was certainly no need for us to make little children the pawns in this game of chess that has been forced upon us by some unfortunate circumstances. And, because the children came as our guests we could have shown them and their parents the true meaning of ‘Athithi Devo Bahavo’ the most important component of the Indian philosophy of love and brotherhood.

Shutting our doors on the face of a guest, invited or uninvited, welcome or unwelcome has never been our forte. All our sages have taught us tolerance over the centuries and Indian history is replete with examples of how our kings and queens have cast aside hostility and all other baser considerations and embraced even their enemies when they came as their guests. We could and should have emulated them this time too. And, who knows…even if one child from this group had been destined to make it to the echelons of power that guide Pakistan’s policies in the days to come, his or her good impression of what Indians are as good human beings, would perhaps have made a difference to how the two nations see one another across the border in the future. Do think about it!

I am prompted to write this consequent upon the death of a young girl in a ghastly accident on the way to her college yesterday. She happened to be a friend of my wife’s niece and I could see a pall of gloom in her circle of friends. I do not know the cause for the accident or whether she was at fault or not but I routinely see many students driving rather recklessly just to beat the closure of their college gates beyond the stipulated entry time.

It is a fact that many students start from their homes at the last moment in a mad rush which is avoidable with a little planning. It is also an irrefutable fact that many colleges do close their gates and deny entry to late-comers. I have myself seen this practice. This may be an effective way of instilling discipline into students but this has also become a way of subjecting them to much risk if they happen to be using vehicles to reach their colleges.

The seemingly un-obliging security guards at the gates simply quote the rule book and plead helplessness. To prevent students from driving recklessly all college authorities would do well to allow entry even to students who are late and then counsel them about how they should manage their time and urge them to exercise caution while driving. It is good that a few colleges have completely banned use of two-wheelers by their students and made the use of college buses mandatory. Perhaps this should be made the norm at all educational institutions by a rule of law. It will certainly save a lot of misery and pain. Parents too have a very important role in dissuading their children from using two-wheelers and suggesting other safer options although this is easier said than done considering peer pressure.